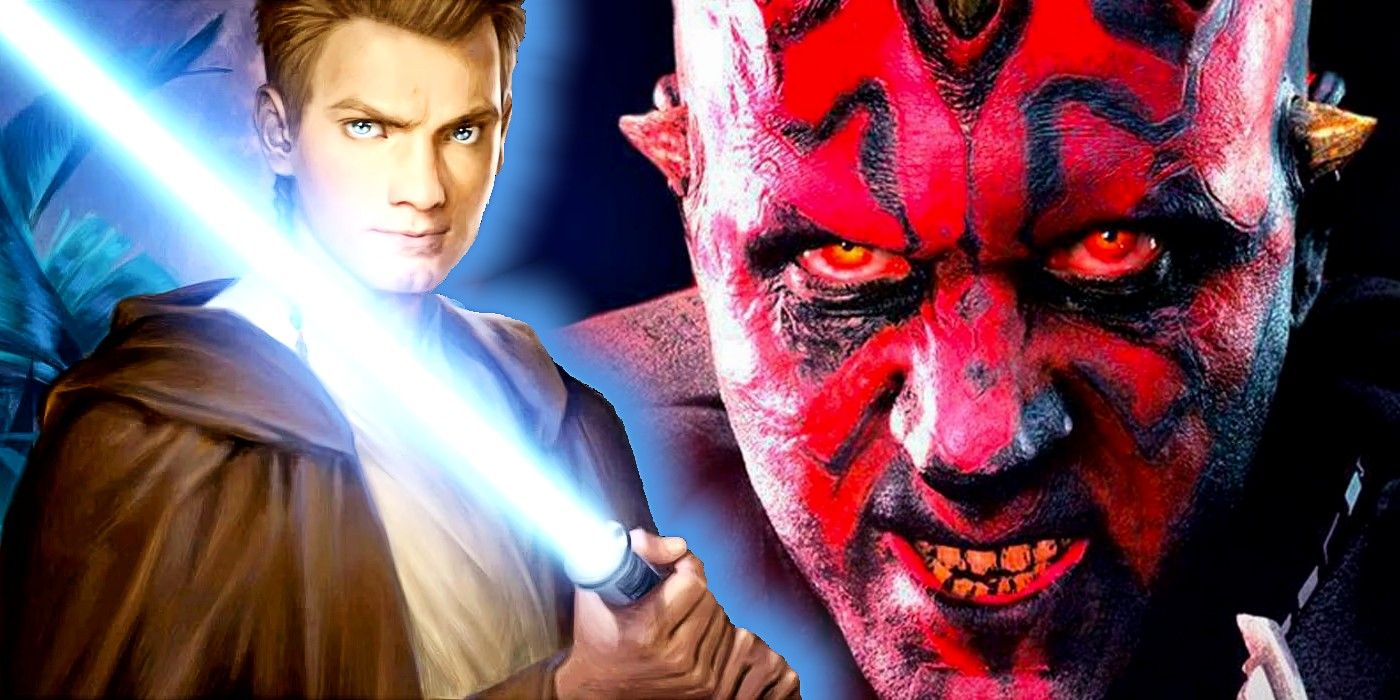 Why Obi-Wan Used The Dark Side To Beat Darth Maul

Until The Last Jediall the others star wars The movie had at least one lightsaber duel between a Jedi and a Sith. Often that was the best part of movies. Seeing Luke come into its own against Vader, Yoda’s acrobatics or Count Dooku’s fencing prowess have always been a testament to these characters’ skill with the lightsaber and their Force abilities.

While the best lightsaber fight is a hotly debated topic with no good answer, there’s little argument that The Phantom Menace the end duel was one of the best. It pitted Qui-Gon Jinn and Obi-Wan Kenobi against Darth Maul, an evil character. Now in Star Wars: Obi-Wan #4 (by Christopher Cantwell, Madibek Musabekov, Sebastian Cheng, Joe Caramagna and VC’s Phil Noto), Obi-Wan just relived a heartbreaking part of that duel.

RELATED: How Darth Vader Made Obi-Wan Look Like A Fool

The Obi-Wan series is framed by different stories from Obi-Wan’s life. Shortly before A new hope, he had hidden to wait for a sandstorm. To pass the time, the Jedi Master recorded stories from different periods of his life. In Number 1, he recounted the first time he tried a Jedi mind trick. Then in Number 2, took a detour to Darth Maul before remembering a strange mission he carried out with Qui-Gon. Number 3 explained why he never joined the rebellion, and now in Obi Wan #4, he told a story called “The sun sets and it rises”.

When the issue opened up, Obi-Wan and Anakin were called to a top-secret briefing with Admiral Yularen. He tasked them with arresting a Mekedrix Commander. The commander had served with Obi-Wan before, but had turned red after experiencing the horrors of war. He and his troops began indiscriminately attacking Republic forces, Separatist leaders, and random civilians in assassination style. As the pair went in search of Mekendrix on the planet Ando, ​​Obi-Wan remembered his first duel with Darth Maul.

RELATED: One Season of Obi-Wan Kenobi Is Enough

He feared having to kill Mekedrix, and it took him back to his youthful days. When he was young, he suppressed the inevitable fact that he would end up using his lightsaber to take someone’s life. Then he remembered that as a padawan he had seen Qui-Gon die, and he hadn’t even hesitated to draw his weapon to split Maul in two. The fact that Obi-Wan remembered his thoughts so clearly meant that this was a defining moment. First of all, seeing his master die was bad enough, but everything points to Obi-Wan using the dark side to stop Maul.

He had no hope of defeating such a talented duelist, so Obi-Wan fought in anger and he fought for revenge. It was something he had to do, but it wasn’t good for his personal well-being. Not only did he lose his innocence by having to take a life (or so he thought), but he touched the dark side for the first time. Luckily, the experience didn’t take Obi-Wan away from the light, but it was still a tough place for him, right when he was made a Jedi Knight and took on Anakin as his own padawan.