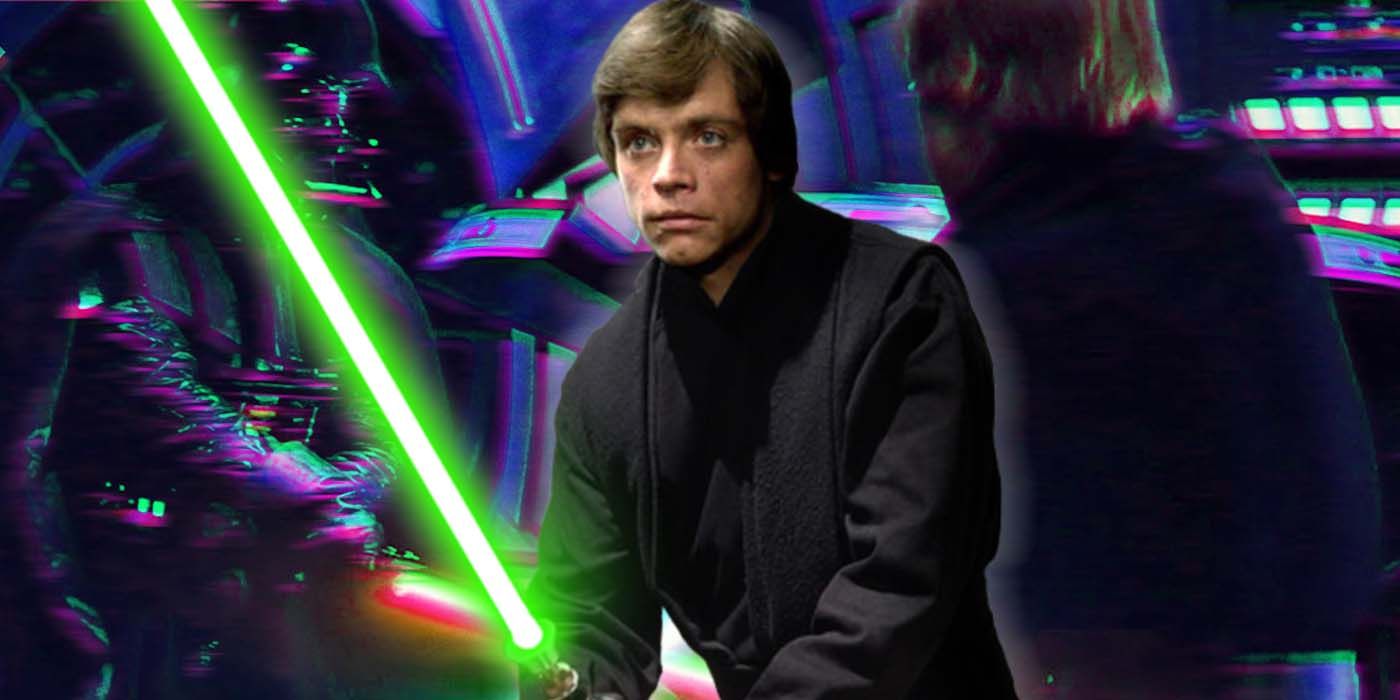 Although horribly wounded on Mustafar, Darth Vader remains one of the most powerful characters seen in star wars. As seen time and time again, the Sith Lord could easily take down almost anyone who got in his way, and he rarely lost a fight. Yet at the end of Star Wars: Return of the JediLuke is able to beat Vader to the ground with relative ease, so what was different from all of Vader’s previous fights?

If the duel between Luke and his father lasts a long time, Luke is most of the time on defense. He deflects Vader’s strikes and hops around the throne room while his father makes defiant comments. But once Vader mentions Leia, Luke finally snaps, unleashing a flurry of blows that knocks his father to the ground in just under 40 seconds. And with how little training Luke had received, compared to Vader’s years of experience, the fight ended surprisingly quickly.

RELATED: Star Wars: Why Yoda Gave Up After His Fight With Palpatine

However, there are a number of reasons why the fight went the way it did. Perhaps most important of all is the conflict within Vader, as he had just discussed with his son on Endor. Until the very end, Luke was determined that Anakin could return once more, and Vader even gave his first hint of humanity, saying, “It’s too late for me, son.” The conversation clearly struck a chord, and Vader really didn’t want to kill his own son.

Palpatine’s main goal was to turn Luke over to the dark side, and so Vader obeyed his wishes. While Luke defended himself, Vader could have easily unleashed his full strength and put him down, but his main goal was to slowly push his son. Yet once he mentioned Leia, the taunt worked too well, and Luke fired back with all his anger, taking Vader completely by surprise. Vader had used all of his energy to intimidate Luke, so when the actual fight started in a flash, he was already weak and panting.

This leads to another huge factor, which is the age difference. While Luke was a young and spry 23, Vader was in his late 40s. Of course, as seen in Star Wars: Revenge of the Sith, Palpatine’s age had few impediments on his fighting abilities. But things were different for Vader, as he was fighting against a constantly decaying body. Ever since Anakin’s defeat on Mustafar, he needed frequent visits to his bacta tank to survive, and even Vader’s costume itself was crude enough for Palpatine to control.

So, with an aged body, an unhinged mind, and the surprise of Luke’s attack, Vader was caught at his weakest point. The years of anger had finally taken their toll, and his quick defeat showed exactly why Palpatine was looking for a new apprentice. And despite Vader’s weaknesses, it’s not like Luke wasn’t qualified, as he spent a lot of time honing his connection to the Force after Star Wars: The Empire Strikes Backand was probably the most skilled lightsaber wielder Vader had faced in a long time.