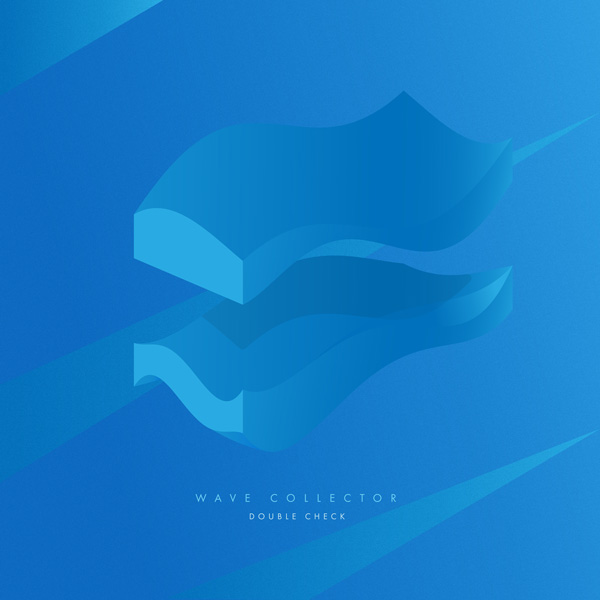 Wave Collector’s Neal Wright: photo by Jason QuigleyNeal Wright has brought his musical spirit to many local projects over the years, including folk, pop and rock bands like Burner Courage and Fake Fireplace. But Wave Collector is his space for solo exploration of electronic music.

In 2016 he released his debut album under the name after “recording a lot of interesting samples and composing songs around them”, he says. After a summer record from Fake Fireplace in July, as 2018 draws to a close, Wright is ready to share a new direction for Wave Collector that puts more vocals front and centre. Last month’s “Stone Silence” was our first preview and was released around the same time as his latest, “Double Check”.

“Double Check” is a commentary on the times in which we live. Whether you’re an artist, a woman, a person of color, a non-binary individual, or an ally, “This particular song pulls a lot of material from past experiences with predators hidden in plain sight in the community,” Wright says. “Accepting the reality that we can all easily be fooled by appearances has been important but difficult. It’s hard to see well-meaning people being the target of manipulation because of their confident and optimistic nature. That said, it has been really inspiring to see people coming together to protect their communities. Making this track helped a lot to process it all in a way that felt productive.

While Wright is currently working on a second LP, Games waves, he says “the feel of these songs is very different, so it just felt right to release a few songs as singles while I finished the entirety.” Recorded and mixed in his home studio, The Wave Kitchen, “Double Check” features “raw synth sounds” and, “As with all of my tracks, I’ve also used samples I’ve collected over time, including flute samples, a thumb piano and some Oaks Bottom rollercoaster sounds in the outro,” he says. “I tried to push myself to write more challenging vocal parts and pull out a bit out of my comfort zone with this. My good friend Leb [Borgerson] from the group Quiet Countries was kind enough to do a very good remix of this track” – with trumpets that Wright “absolutely loves!

“It’s the first time I’ve had a Wave Collector track remixed, so it was a real joy to hear the song reinvented in a new way,” he says. “Collaborating with other artists is really rewarding and I hope to do it a lot more often.”

Listen to the latest releases from Wave Collector below along with the Quiet Countries remix and be on the lookout for new music with new influences in 2019!