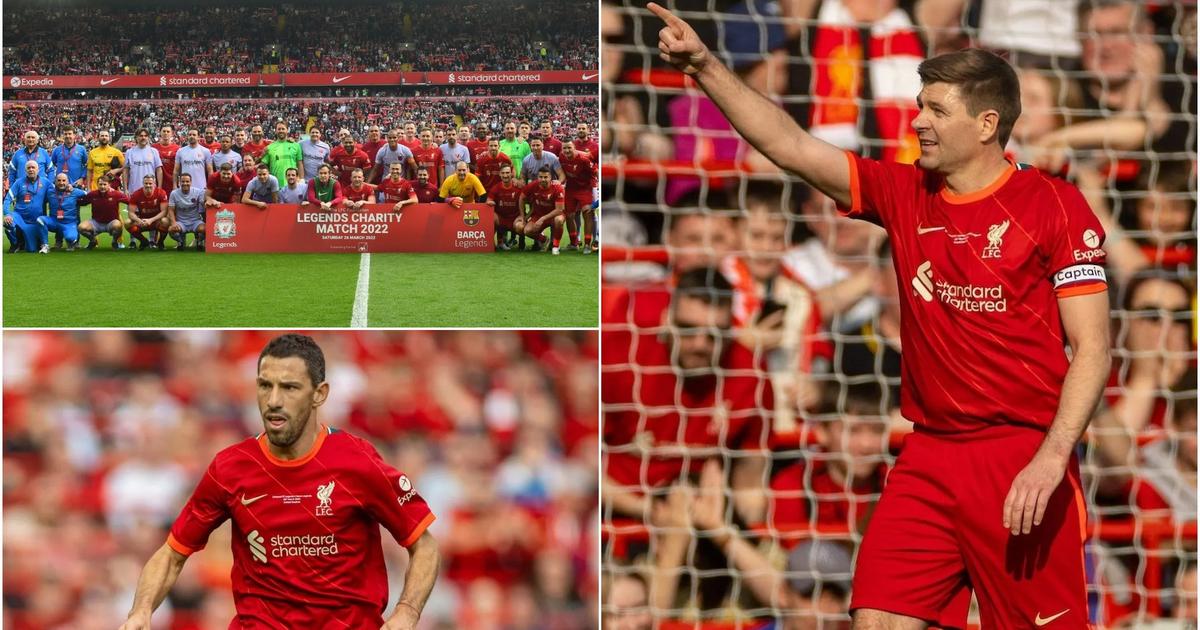 The game aimed to raise funds for the Barca Foundation, the Liverpool FC Foundation, Forever Reds, the Owen McVeigh Foundation and Right to Play.

Liverpool have paraded big names such as Jamie Carragher, Luis Garcia, Sami Hyypia and legendary ex-captain Steven Gerrard who is now the manager of Premier League side Aston Villa.

In the 13th minute, Edmilson knocked Gerrard down in the box who stepped up the penalty and put Liverpool ahead.

On the eve of half-time, Giovanni was played on goal and converted for Barcelona as both teams went level with the break.

Barcelona started to dominate the second half and made their pressure count 10 minutes after the restart when Rivaldo fired a penalty.

Liverpool were unable to find the equalizer despite a late push as Barcelona held on for victory.