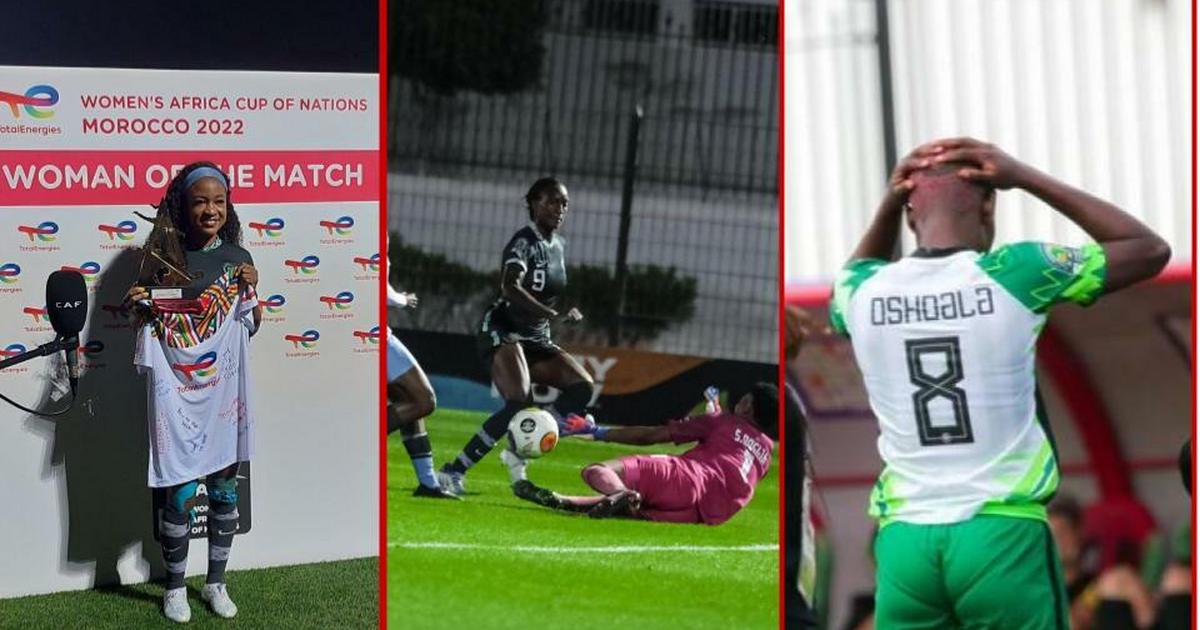 A deft 21st-minute finish by Ifeoma Onumonu opened the scoring and then Christy Ucheibe sealed the three points with an imposing header just after half-time.

While this was a strong team performance, let’s take a look at how each player fared individually on the night with player ratings.

21-year-old goalkeeper Chiamaka Nnadozie returned from suspension and showed the team what they missed in the opener with two good first-half saves in what was a solid all-around performance.

Michelle Alozie has made another solid change to the right-back position for Nigeria, the 25-year-old has worked hard and tirelessly to cover both ends of the pitch.

The veteran defender directed and coordinated the backline well enough to earn a clean sheet that will boost morale for the rest of the tournament.

Osinachi Ohale’s performance against Botswana was an improvement from the opener against South Africa, but she can do better by linking up with aging Onome Ebi in central defence.

The decision to play striker Toni Payne at left-back was confusing to say the least, but she stuck it out, replacing injured Ashleigh Plumptre and proving to be a valuable overlap option.

Another disappointing performance for the veteran midfielder which saw her being substituted at half-time and overshadowed by her substitute.

Halimatu Ayinde, 27, was instrumental in midfield for the Super Falcons, assisting the opening goal with a magnificent through ball and breaking the flow of the opposition down the middle.

Returning to the team, Ngozi Okobi showed the Falcons what they missed against South Africa with an enterprising display that vindicated his selection.

Rasheedat Ajibade’s performance against Botswana was mixed, at times lively and at other times subdued and eventually replaced in the second half by Uchenna Kanu.

Woman of the match official Francisca Ordega terrorized the Botswana defense and, of course, hit the mark while doing it in trademark fashion.

She didn’t do much else but Ifeoma Onumonu’s goal was good enough to earn that rating as she calmly lifted the ball over the hurried goalkeeper with a deft touch to open the score.

Christy Ucheibe is rated 7/10 despite playing just 45 minutes as the versatile midfielder towered over everyone to lead Nigeria 2-0 just two minutes after replacing Rita Chikwelu at mid -time.

Monday Gift came on for Francisca Ordega in the 64th minute and showed quality previews to earn a 5/10.

Both Regina Otu and Uchenna Kanu are rated 4/10 while Chinoyerem Macleans is unrated as she didn’t have enough time to get a rating.