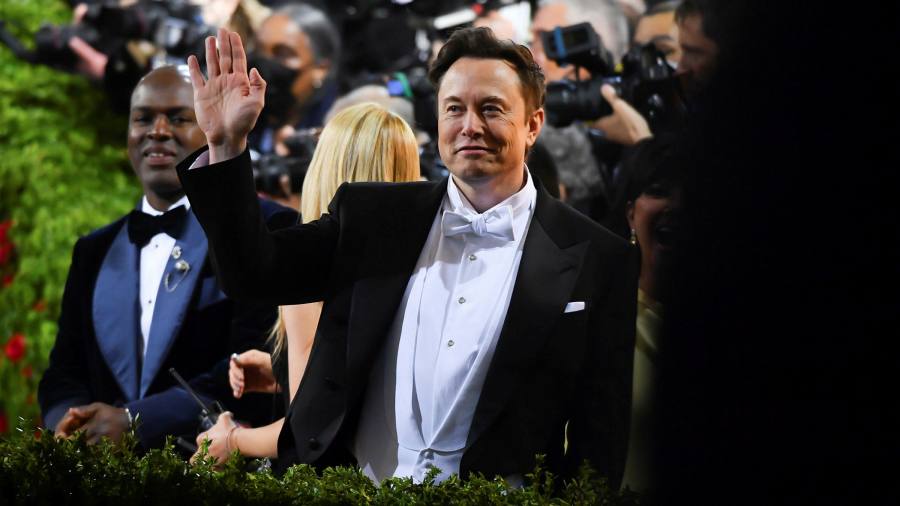 Twitter could beat Elon Musk in court and still lose

People said Donald Trump should be taken seriously, but not literally. Elon Musk now seems to be copying the former US president’s playbook. When in April the richest man in the world offered to buy Twitter for $44 billion, it appears he meant it seriously, but not literally. Last week, Musk said he was pulling out of the deal, accusing the social media company of providing “false and misleading” information.

Unfortunately for Musk, the US legal system is taking things literally. On Tuesday, Twitter’s board sued Musk to force him to honor his legally binding agreement to buy the company. Twitter has asked the Delaware Court of Chancery to expedite a trial for September. “Musk apparently believes that he – unlike all other parties subject to Delaware contract law – is free to change his mind, destroy the company, disrupt its operations, destroy shareholder value and s ‘go away,’ Twitter fumed.

The Delaware court will consider the case on the merits. But some lawyers suggest Musk’s defense is thin, even laughable. Musk waived his right to exercise due diligence in his bid. He vowed to “defeat spambots or die trying”, before declaring himself shocked by their prevalence. And he objected to Twitter losing a few employees when it had previously favored larger job cuts. “I think we’re finally going to see if Elon Musk is ‘above the law,'” said John Coffee of Columbia Law School. “I’m confident that in the courts of Delaware the answer is no.”

Such controversy would surely kill the credibility of more conventional business leaders. But for the South African-born entrepreneur, the multi-billion dollar Twitter spat seems as usual, just another crazy episode in the life of one of history’s most extraordinary entrepreneurs.

Last week, the Insider news site published court documents showing Musk had fathered twins with a senior executive at Neuralink, his brain computer interface company, just weeks before he and his pop star girlfriend Grimes have their second child. On Monday, a SpaceX booster rocket exploded during ground tests in Texas, undermining Musk’s company’s ambitions to launch its Starship spacecraft.

And on Tuesday, Musk got into a social media brawl with Trump after the former president called him “another bullshit artist” for trying to walk away from his offer on Twitter. After Ashlee Vance, Musk’s biographer, tweeted about Trump’s new attack on the Tesla boss for relying on government subsidies to build his car company, Musk replied, “Lmaooo” (laugh my ass, off, off, as the Urban Dictionary puts it).

Musk’s savage disregard for convention and passionate embrace of risk strikes even some of his fellow tech billionaires as reckless. “Tesla and SpaceX were completely crazy companies,” one said privately this week. “Elon seems to know more than all of us.”

What all of this means for Musk’s Twitter offering is anyone’s guess. It is difficult to predict the outcome of a collision between a mere legal principle and a shape-shifting cultural phenomenon. Twitter’s board is certainly right to keep Musk on his word and fight for the interests of its shareholders. His offer represented a 38% premium to Twitter’s stock price before he started building a stake in the company. Also, the Securities and Exchange Commission does not like potential bidders creating a false market. The market regulator has already fined Musk $20 million and forced him to resign as Tesla chairman after misleading investors about plans to take the auto company private.

But Twitter’s board is hardly a model of effective governance or good practice. He tolerated poor financial performance for years and mishandled talks with Musk. Additionally, Musk has proven to be far more adept at using Twitter’s own platform than any executive at the company. With 100 million followers, Musk has a powerful voice among Twitter users.

No matter how strong his legal case, it’s hard to see how Twitter will outwit Musk. Forcing him to buy a business he no longer wishes to own is not a good outcome for the business. Nor is the prolonged uncertainty welcome for its employees. More likely, the legal dispute will signal renewed behind-the-scenes haggling over terms and prices. There has been a sharp market correction in other tech stocks, including Tesla, since Musk launched his bid. In that sense, Twitter’s lawsuit should perhaps be taken at face value, but not seriously.

Rappers with the most mentions, the most popular