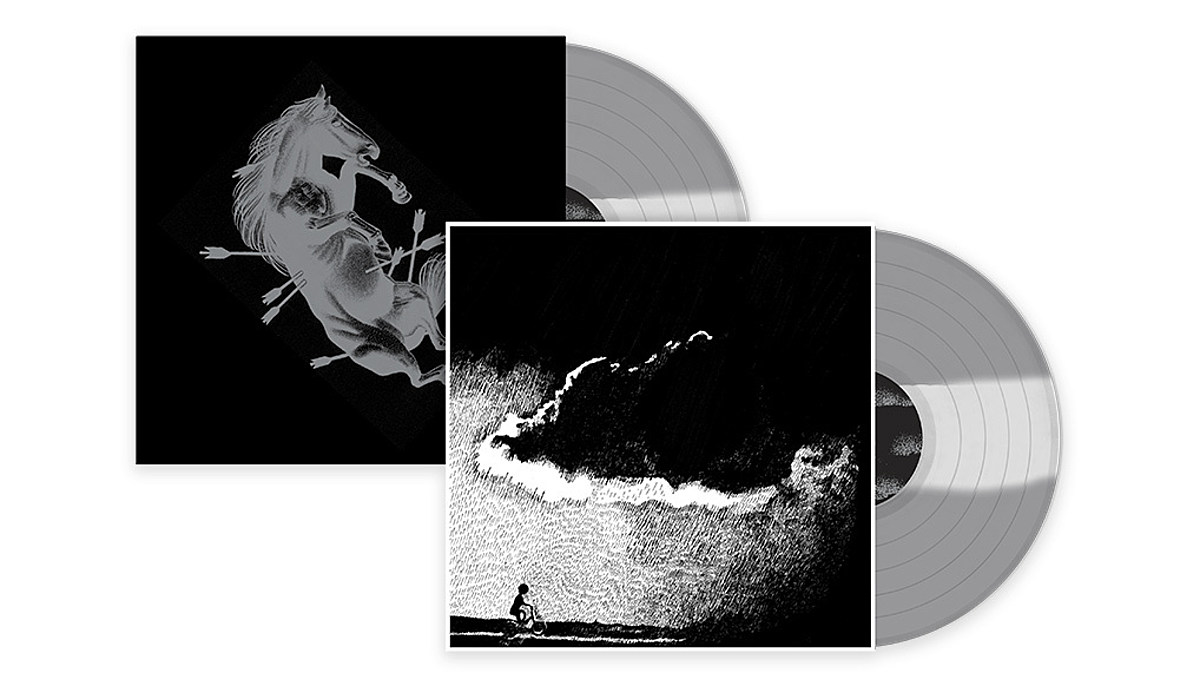 The greats of post-hardcore touch of love have evolved and progressed with each new album, and their more primitive early material still holds up very well too, so we’re thrilled to now release exclusive vinyl variants of their 2009 debut album. …to the rhythm of a dead horseas good as Dead Horse X, the 2019 10th anniversary re-recording of that same album. Both records will be pressed on clear/silver tricolor vinyl and limited to 400 copies each. Pre-order yours while they last!

the original …to the rhythm of a dead horse was released on 6131 (which later released Joyce Manor and Julien Baker’s debut albums), it was produced by Alex Estrada (who also worked with Joyce Manor at the time), and it features guest vocals from Thursday’s Geoff Rickly and Modern Life is War by Jeff Eaton. Dead Horse X was recorded by Zach Tuch and mixed by Kurt Ballou of Converge. Asking why they re-recorded it, Jeremy Bolm said in 2019:

You might be wondering “Why re-record this album?” This is mainly because we physically couldn’t remix and remaster the 2009 version due to all the files being lost when the hard drive containing them crashed. We also loved the idea of [drummer Elliot Babin] and [bassist Tyler Kirby] play on this album because they weren’t in the band at the time. We wanted the songs to sound like we’ve been playing them for the past few years. Faster and with more energy. So that’s what you get here. Geoff Rickley (Thursday) and Jeff Eaton (Modern Life is War) also stepped up to re-record their guest spots. Real fucking heroes. This project took over a year to complete and was carefully designed by Nick Steinhardt with a redesigned cover by Bart Balboa (Birds in Row).

Flow dead horse enjoy “Honest Sleep” and watch documentary videos of the making of Dead Horse X below, and pre-order both albums HERE.