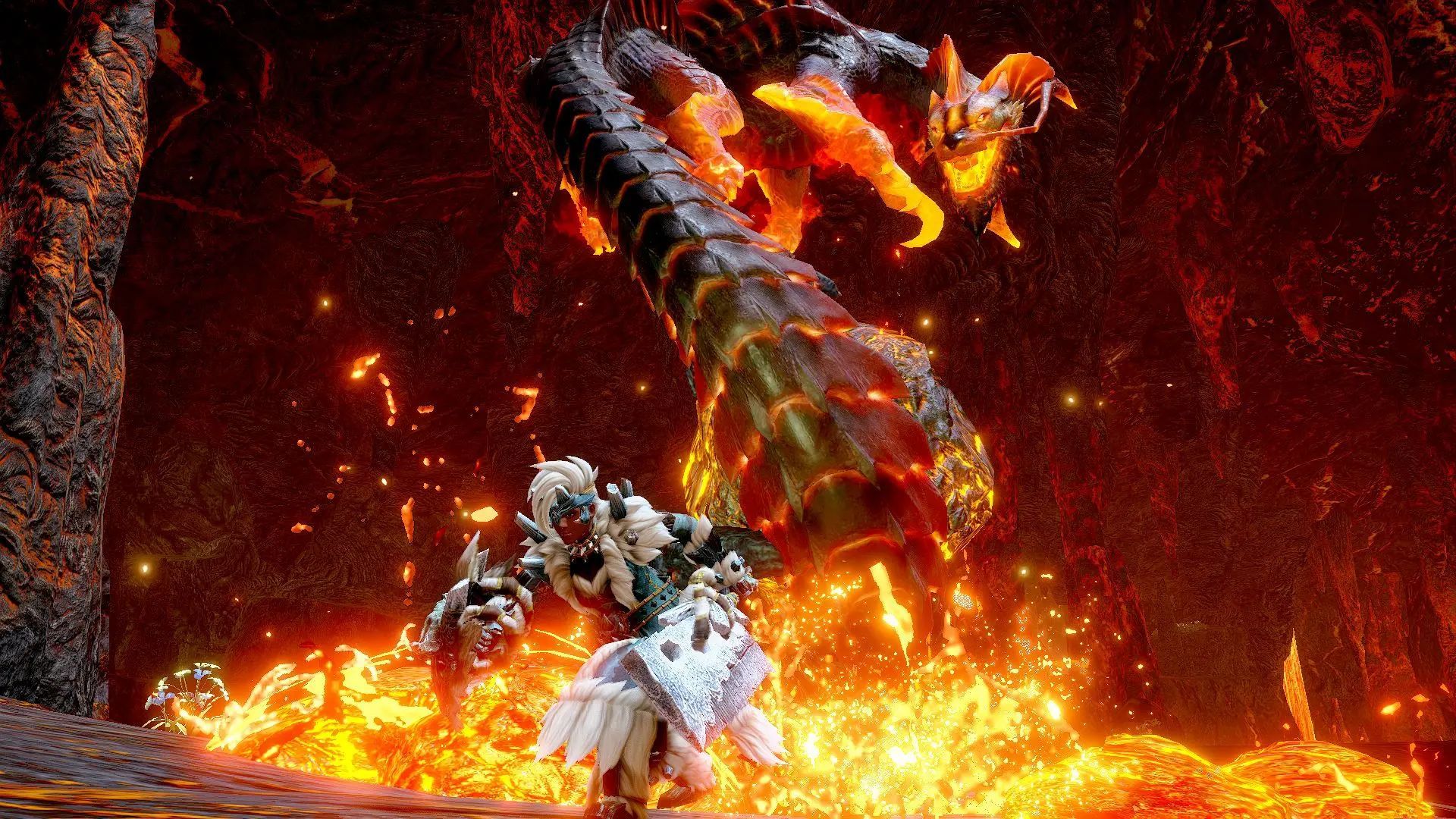 monster hunter rise Somnacanth isn’t the toughest monster around. Boring sometimes, of course, but not difficult. Introduced in Sunburn, Aurora Somnacanth is tougher, moving faster and more often. It specializes in ice elemental damage and is weak against fire and thunder damage. Resistant to Water, Ice, and Dragon elements, it is also susceptible to ailments like Fireblight and Explosion. The best place to aim is his neck, which takes the most damage from Cut and Blunt weapons. Otherwise, the head is the next best option, but not the safest.

Many of Aurora Somnacanth’s attacks will look familiar to those who fought the base version. It strikes with one of its claws (which is avoided by dodging towards the other), somersaults forward to slam the ground, and whips enemies with its tail. His quick breath attack creates a nice opening if you can get to the side or back. Pay attention to his momentum and his charge, especially since the latter ends in an explosive ice attack.

When the camera suddenly begins to pull back a bit, Aurora Somnacanth prepares to unleash her most powerful attack. It involves standing on its tail and loading an ice blast into its mouth. When fired, it creates three rows of explosive ice that fires forward. Being caught in it can cause considerable damage. Luckily, it’s obvious that Aurora Somnacanth will trigger the move. As he tries to reposition himself, approach him and stick to his back, attacking the whole time.

Bring Nullberries and have some ice resistance to make sure the Iceblight doesn’t get to you. Eventually, it will fall without too many problems.

How to defeat Espinas

Introduced in Monster Hunter Frontier, Espinas is a flying wyvern that can be your first real difficulty spike in Sunbreak. While technically specializing in fire damage, he can also inflict fireblight, paralysis, and poison simultaneously with his breath attacks. It is immune to fire damage while being resistant to thunder damage.

The best option is Ice elemental damage, with Blast and Iceblight being good elements.
Hilariously, the first hunt for Espinas begins with trying to wake him up. You’ll quickly learn that his head isn’t a weak spot for partial damage with Cut, Blunt, and Ammo weapons dealing minimal damage. This applies to almost all areas of his body, except for the legs.

Espinas’ attacks are typical of a flying wyvern. It will bite you multiple times, shoot fireballs, set off two fireballs and a third in a row, etc. He can also smash the ground with his body, whip with his tail, and perform multiple charge attacks. Be extremely careful with charges – they can easily inflict a lot of damage on you. Espinas will perform multiple charges in a row, which can be fatal. You will need fire resistance and enough antidotes/nullberries to negate poison/fire damage (since paralysis will leave you quickly) to survive.

But the key is to identify Espinas’ patterns and avoid the fireballs altogether. When he stops charging, target his legs and rack up the damage. Don’t be afraid to slow down the hunt and abuse Wyvern Riding to take him down.

How to defeat Magma Almudron

While Aurora Somnacanth is a relatively decent variant to deal with, Magma Almudron is an entirely different matter. He is as unpredictable as the base version when moving and deals much more damage, specializing in fire (which he is also immune to with thunder damage).

Weaknesses include Water and Ice elemental damage, with the only good disease to inflict being Waterblight. The two best weak points to target for partial damage are the head – which is great for slashing and blunt weapons while also being good for ammo weapons – and the tip of the tail – which is very good for slashing weapons, good for blunt weapons and mediocre for ammunition weapons.

Magma Almudron often has a fiery rock on its tail which it uses to strike (and which gets quite large, resulting in more damage). Hitting it causes the rock to explode, which also deals damage. Otherwise, you’re going to face tail swipes, claw swipes, and more. It will also slam its tail and send a ball of magma forward, leaving a line of fire.

You’ll also have to deal with it by burrowing underground, emerging half-buried to attack with its tail (which provides an opening to attack the head). The most dangerous attacks consist of hitting the ground with its tail, causing three magma rocks to appear; burrow and resurface multiple times as it fires fire projectiles; and a massive explosion following a tail snap, which leaves it open for some time.

When he goes underground and emerges, he enters a superheated state. It’s a good time to deal damage, but always beware of his next attack. Weapons that deal a high amount of elemental damage like Dual Blades and Charge Blade with Chain Crit can be great for this fight.

Monster Hunter Rise: Dawn of the Sun is currently available for PC and Nintendo Switch. Check out our official expansion review here.