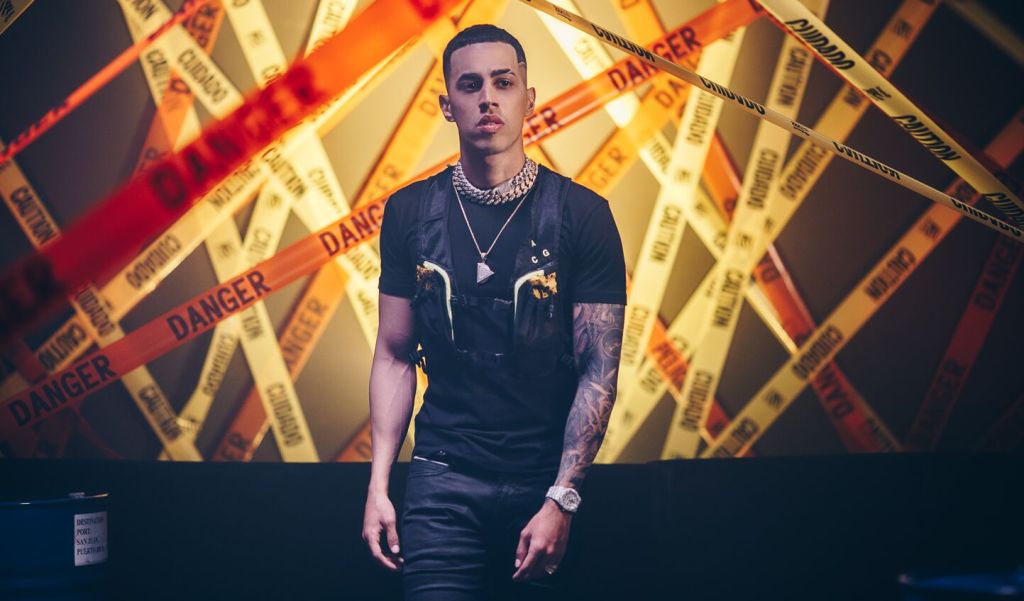 Daddy Yankee’s protege Brytiago leads a formidable new wave of urban stars — a sort of Latin Brat Pack — in the new remix of his 2018 single, “La Mentira,” which translates to “The Lie.” A work of pure tropical noir, the remix features a stacked lineup of young talent, including Rafa Pabón, Rauw Alejandro, Myke Towers, Sech and Cazzu.

Originally released in September 2018, “The mentira” racked up over 68 million views on YouTube, but made little progress on the pop charts. In the new remix, producer Roberto L. Figueroa, aka Nekzum, Business Music, imbues the song’s downtempo dembow with a touch of dancehall influence. Following in the tradition of 2018’s breakthrough jam, “Te Boté (Remix)” — which arguably shares sonic and thematic DNA — the “La Mentira” remix is ​​dubbed in time and in verses that border on devastating emo. The new video sees players circle a girl in a sketchy lab, adorned with duct tape for good measure. Love is a dangerous zone, every singer warns — that is, if you choose to be your most fake, dishonest self.

Last fall, Brytiago joined “Te Boté” star Darell in the equally dark reggaeton track, “Asesina.” Brytiago then landed his first top ten on the Billboard Hot Latin Songs chart after dropping the “Asesina” remix, featuring heavyweight champions Daddy Yankee, Anuel AA and Ozuna. And if his past successes are any indication, Brytiago recognizes a winning team when he sees one: each member of his new generation boasts a stellar track record. Take 24-year-old Rauw Alejandro, who put on a fantastic performance at the first annual Premios Tu Música Urbano; Myke Towers, who was last heard with hitmaker Farruko on “Si Se Da”; or the Panamanian singer Sech, who should appear in Maluma’s next film 11:11 LP. The Argentine trapper princess Cazzu was notably the guest of honor of Bad Bunny during the Puerto Rican stage of his X 100Pre round.

Alongside Darell, Brytiago is currently touring the United States through June 1; of his next album, due later this year, Brytiago hints at “many collaborations and surprises” to come.