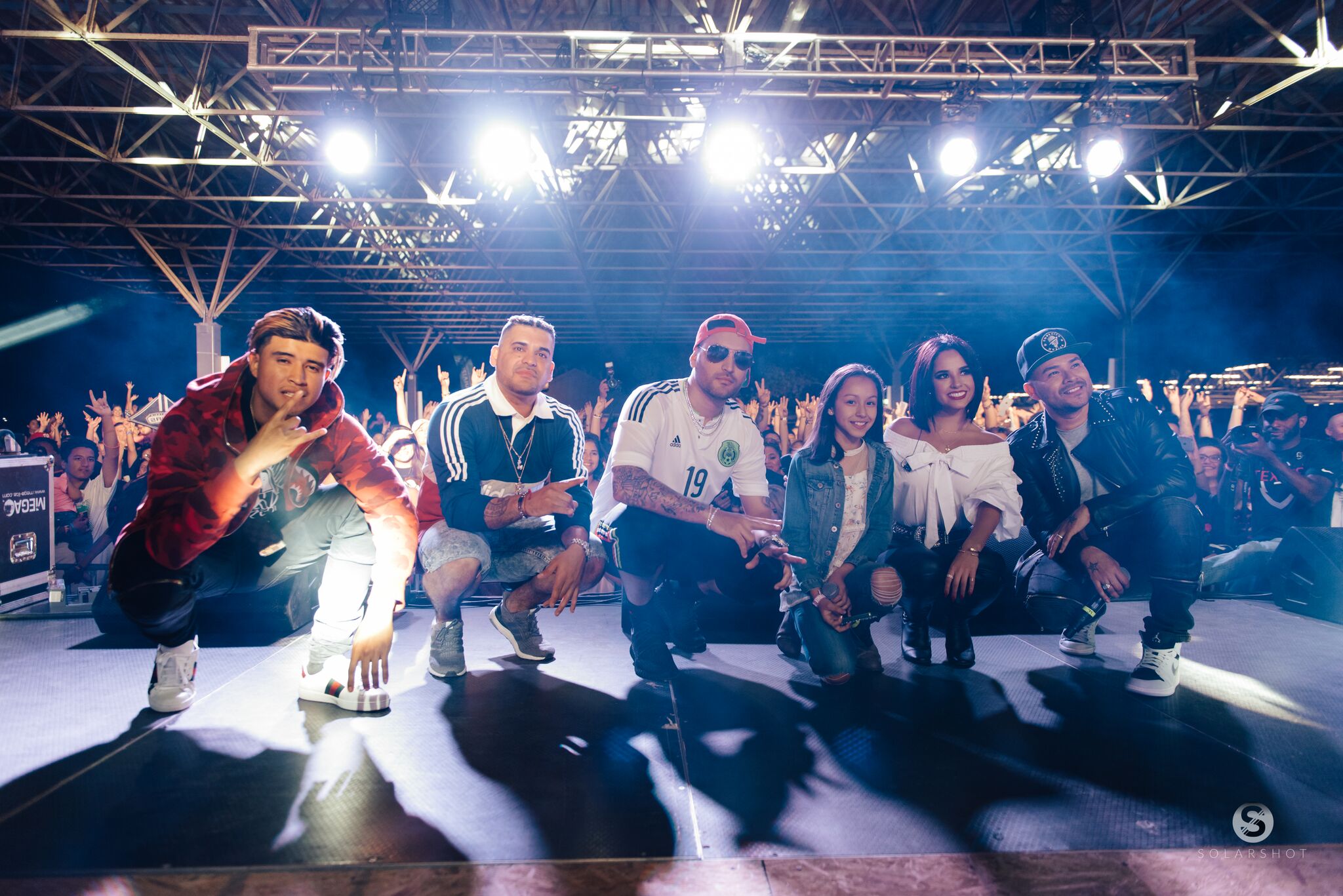 By now, most San Antonians browsing local radio stations have heard the reimagined version of “Si Una Vez” by Latin artists paying homage to Selena’s hit, but now the nation is spreading thanks to the Musical clip shot in Rosedale Park.

“Latinos, make some noise” is how Grammy Award-winning Play-N-Skillz’s Juan “Play” Salinas introduced Becky G, Frankie J and Kap G before they performed the song that he and his brother, Oscar “Skillz” Salinas, produced.

The stars and the San Antonio crowd have combined to create a “noise” that the world now agrees on.

With the SA-filmed video featuring Becky G in a Selena-inspired outfit circulating the internet, the bilingual hit landed on the charts 23 years after the Selena version.

San Antonio hip-hop radio station 98.5 The Beat orchestrated the moment as the stars converged on stage to perform in front of a live crowd.

Dana Cortez, host of morning show The Dana Cortez, told mySA.com “something was missing” when she first heard the cover sung by Frankie J.

With the extra talent in place, Cortez said she knew a music video shot in San Antonio, the “Capitol of Tejano Music,” would bring the song home.

The scene for Cortez’s vision was set during The Beat’s Cinco de Mayo celebration, “Cinco Conciertos,” May 3 at Rosedale Park on the West Side.

“It’s crazy, I didn’t think we’d be able to get all four stars together – it was electric,” Cortez said. “It was the right place at the right time and the rest is history – it was #1 on Shazam (Latin Chart) for 15 weeks, which is unheard of.”

Speaking of history, the sultry tunes of “Si Una Vez” filling Rosedale were reminiscent of scenes that happened over 20 years ago when Selena herself performed at San Antonio Park.

It’s a memory fans shared with Anthony Almanzar, also host of The Dana Cortez Show, after watching the video. Almanzar collaborated with Ian Stewart to produce and edit the music video, which was shot by San Antonio-based company Solarshot.

Almanzar told mySA.com that he is proud of the final product and the way the town of Alamo is presented to the world, as it captures the “essence” of not only the night, but also the family feeling of “home” of the city.

“There were tacos, Selena was playing — we had raspa cups with 98.5 The Beat logos on them,” Almanzar said. “I think Rosedale embodies San Antonio. You really feel like you were in the moment when you watch the video.”

National websites like Billboard and Mitu presented the music video. The latter, a digital network focused on Latinos, asked readers what they thought of the remake.

“I think it brings more of a crossover feel to what Selena was doing before she passed and attracts more people to listen to what she left us,” added Facebook user Raven Garcia, from Kentucky. “[Becky G] did amazing […] she sets such a good example for young Latinas around the world and did Selena justice.”

The emergence of singers like Becky G and Selena Gomez following in the Queen of Tejano’s footsteps proves that Latinas “breaking the ceiling” is “no longer just a dream,” Cortez added.

As “Play” said at the end of Rosedale’s performance, “Latinos, stand up.”