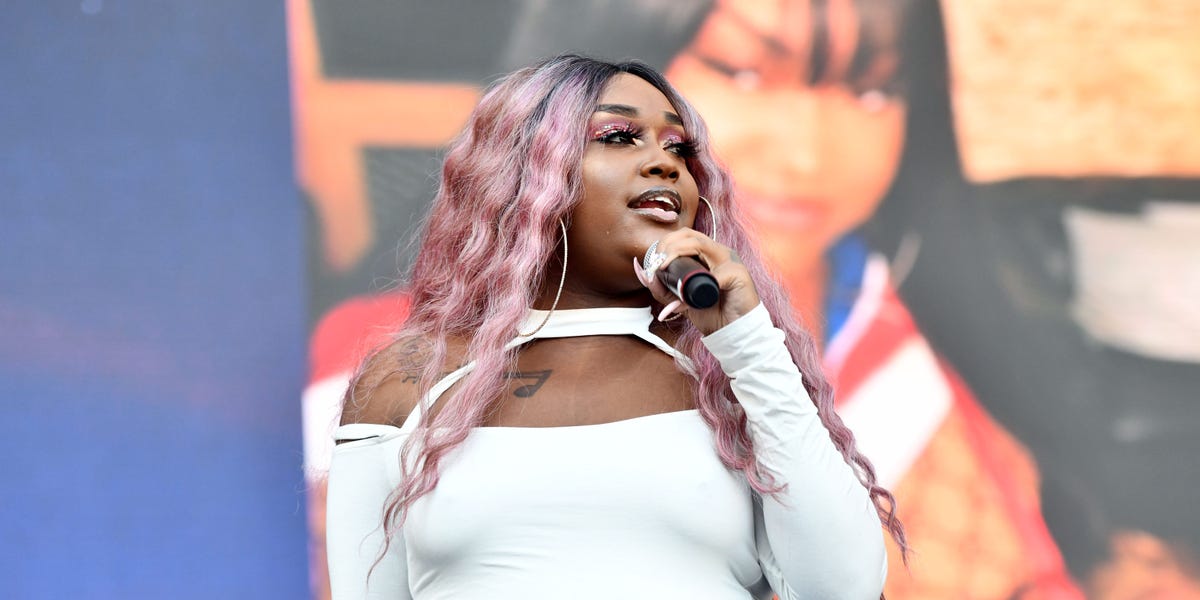 Remix of a rap song with random music all over TikTok

A hyper-specific new subset of musical remixes has emerged on TikTok: elaborate mashups of songs ranging from Madonna to Mozart’s greatest hits with snippets of a song called “Vagina” by CupcakKe.

Most TikToks using CupcakKe’s song lines from “Vagina” like “smack my a– like a drum” and “slurp that d— till it cm”.

CupcakKe remixes have been hugely popular online in various forms since 2016 when YouTubers dedicated entire accounts to the art form with channel names like Cupcakke Remixes or CupcakkeMixes.

Her sexual one-liners, especially on “Vagina,” have now put her in the spotlight on the TikTok remix. Fan-produced mashups known as “CupcakKe remixes” have become almost a staple since the trend started gaining traction in July.

Weeks after the remix trend started, CupcakKe herself joined TikTok and started weighing in.

“It’s my first day on TikTok and I don’t know what’s going on,” she commented on one of the remix videos on Friday.

It’s not immediately clear how or when CupcakKe’s remixes made the jump to TikTok, but videos tagged with the hashtag #cupcakkeremix started going viral in early July (at least one remix was uploaded to TikTok in 2020 but didn’t inspire a larger trend).

One of the first remixes to go viral on TikTok was one that paired the rapper’s vocals with Olivia Rodrigo’s “Drivers License.” While the sound was uploaded to TikTok by user @aaronheyaaron on July 8, it appears to match a remix created by YouTube channel Heavenonvenus which was uploaded on May 1.

Throughout July and into August, TikTok filled with remix after remix after remix, mixing CupcakKe’s vocals with songs like John Denver’s “Country Roads” or Mozart’s “Eine Kleine Nachtmusik.”

Videos of people playing Mario Kart on the remixes have spread like wildfire. Video game images, especially mobile, are a mainstay on TikTok when the focus is on audio.

On Friday, CupcakKe herself joined TikTok, amassing over 361,000 followers without posting a single video. She also started sounding in remixes.

“Really funny,” she commented, accompanied by a laughing emoji with a sweat drop, on a video featuring the “Drivers License” remix of “Vagina.”

“Okay this is getting out of hand, I’m calling my lawyer,” she commented on a Taylor Swift “Shake it Off” mashup.

“Bts ran out of studio when we recorded this,” she commented on a remix of “Dynamite” by BTS.

Amid the stream of remixes, however, TikTok users are also asking for CupcakKe’s music — not just out-of-context soundbites — to be more liked. Over the years, she has received critical acclaim, particularly for her lyricism and her ability to blend the introspective and the weird.

“Your lyrical genius is so underrated,” @tessfstevens said in a video responding to CupcakKe’s comment on one of his videos. “You were doing ‘WAP’ before ‘WAP’ was a thing, and I take my hat off to you.”

“Cupcakke remixes used to be pretty funny, but I feel like she’s being turned into a meme when she’s so much more than that,” read a comment on the video. @tessfstevens.

In an email to Insider, CupcakKe said the remixes were “hilarious to watch” and that she loved them.

To read more stories like this, check out Insider’s digital literacy coverage here.