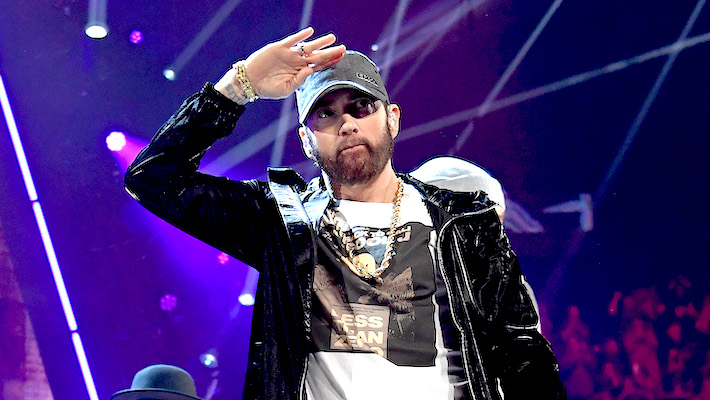 When Eminem first appeared on the mainstream radar in 1999, his music sounded revolutionary and fresh. Unfortunately, over the past two decades, public perception of the self-proclaimed “rap god” has changed as hip-hop tastes have evolved. Now he’s considered an anachronism, a timeless man like Captain America in the Marvel Comics Universe. Well, Jack Harlow, one of Eminem’s biggest fans, won’t take it anymore. In a new interview with rolling stonethe ‘Nail Tech’ rapper calls it “tragic” that his hero – who he collaborated with on a remix of “Killer” last year – is not being appreciated.

However, he remains optimistic that the pendulum will eventually swing the other way. “I think that shit is still forever immortal, and we’re going to come back to that,” he says. “We’re a few years away from everybody reviving this shit as a culture and being like, ‘Look at this shit. And everyone will again pay homage to him. No matter how the production ages for people, like, he put so much into his words that he immortalized it, even if that shit aged like “circus music” for [some] people.”

The older rapper could probably help things out by picking better beats and changing up his flow, but point taken. Meanwhile, Harlow has more or less replaced Eminem as hip-hop’s favorite white boy (unless you count Post Malone, whose status as a hip-hop artist remains a point of contention). He recently released the single “First Class” as a precursor to his upcoming second studio album, Come home, the kids miss youand he was cast in a remake of white men can’t jump. He talks about both in full rolling stone interview, which you can read here.