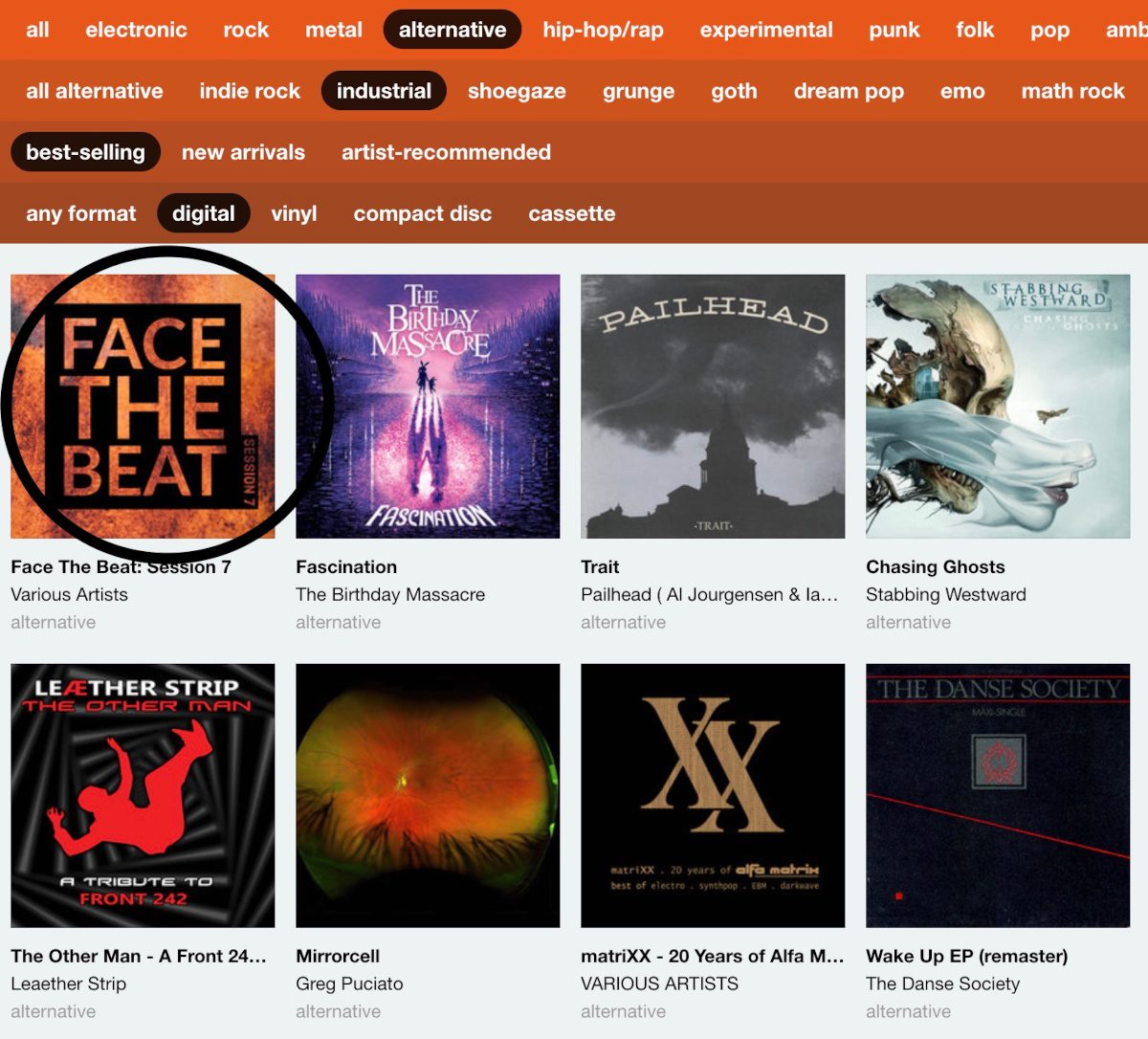 Our free download compilation “Face The Beat: Session 7” stormed the Bandcamp industrial music charts in no time, reaching No. 1 overnight. It’s faster than ever. This “mastodon” release, as someone put it on Twitter, features no less than 135 tracks showcasing the wide array of subgenres in the darkwave music scene and from bands around the world.

Just like the last time Side-Line received a massive amount of submissions, that’s why it also took a while to complete. We were also assisted at the same time by several labels who offered material to be included on this compilation, including but not limited to darkTunes Music Group, Insane Records, SkyQode, Dungeon Recordings and Alfa Matrix. It thus became again a collection of new and established acts.

The release itself was compiled by our editor Bernard Van Isacker in the winter of 2021 during long listening sessions in a hotel in Istanbul, an attic in Ypres and a vacation home in Eupen. The mastering and sound adjustment was done by Erlend Eilertsen (Lights AM, Essence Of Mind) in Norway. And it turns out that Seattle’s Shane Aungst is already working on an upcoming promotional surprise.

All proceeds will again go to the various charities we support and this time we will also donate to humanitarian aid for refugees in Eastern Europe due to the ongoing war there which, we l ‘really hope, will end soon.

You can download the version below. Have fun and thank you to all the groups involved!

Since you are here…
…we have a small favor to ask of you. More people are reading Side-Line Magazine than ever, but media advertising revenue is falling rapidly. And unlike many news outlets, we don’t have a paywall in place – we want to keep our journalism as open as possible. So you understand why we need your help. Side-Line’s freelance journalism takes a lot of time, money and hard work to produce. But we do it because we want to push the artists we love who are also fighting to survive. If everyone who reads our stories, who likes them, helps fund them, our future would be much safer. For as little as US$5, you can support Side-Line Magazine – and it only takes a minute. Thank you.
Donations are securely funded through Paypal.

Alternatively, you can also donate using cryptocurrency if you only want to donate once.