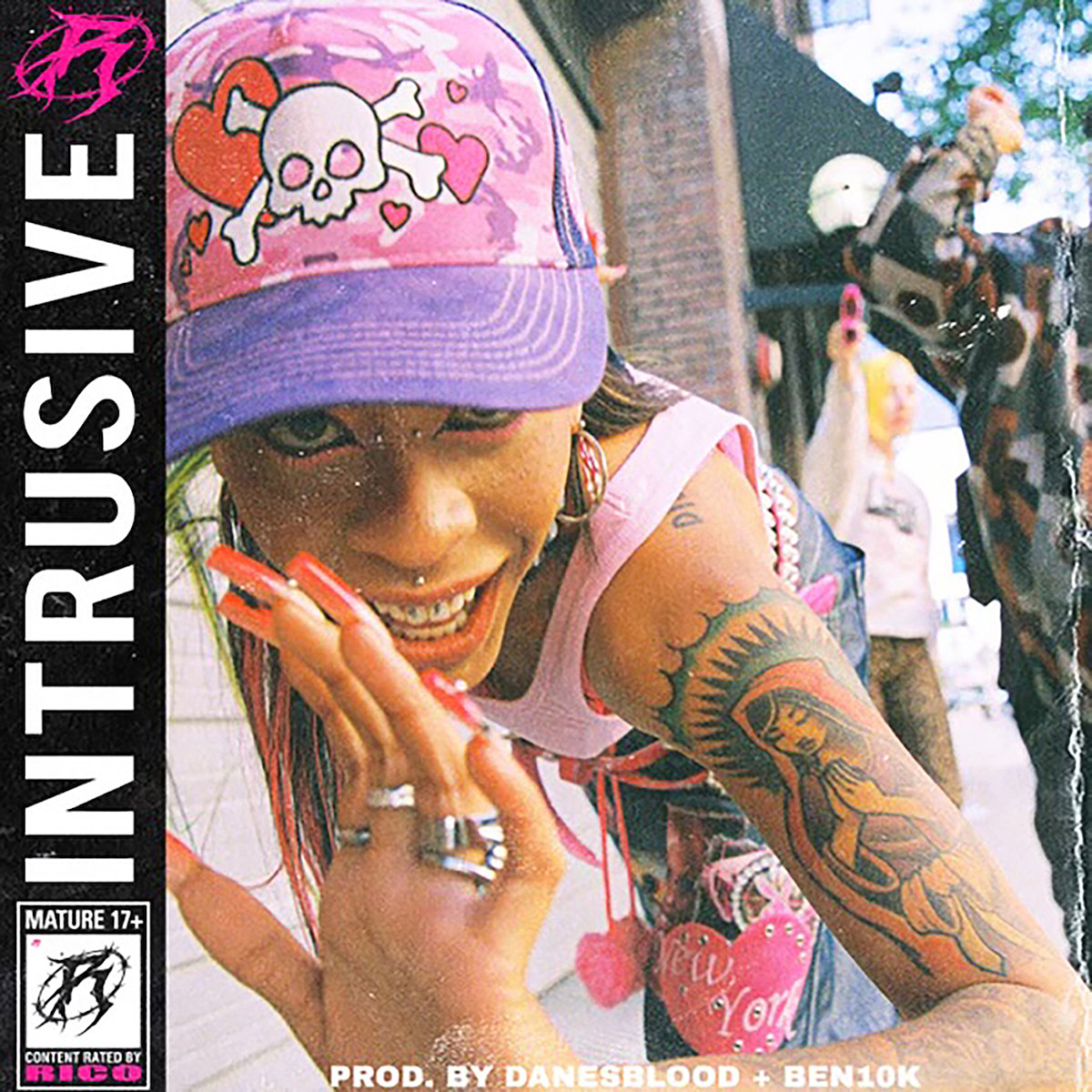 This week in hip hop we had the great new album by 700 Bliss (Moor Mother & DJ Haram), which you can read about in Notable Releases, and Eminem celebrated the 20th anniversary of The Eminem Show with an extended reissue, and you can check it out here. We also have new projects from Kamaiyah, Your Old Droog, Conway the Machine, and more, plus new singles from MIA, Rico Nasty, Brandy (Jack Harlow diss), Bad Boy Chiller Crew, Chance the Rapper, Logic, Moneybagg Yo, DJ Muggs, and more. Read on for all the rap and R&B we’ve released this week…

MIA signed to Island Records for their first album since 2016, MASTand you can read more about the first single “The One” here.

Rico Nasty continues to gear up for his long-awaited new project, and his latest single is “Intrusive,” which Rico says “tells the story of intrusive thoughts with some industrial elements. take for a ride crosses my mind.” The song does indeed have industrial elements, and the ride it takes you on is pretty wild.

After Jack Harlow seemed to know little about R&B veteran Brandy in an interview on Hot 97, Brandy said “I’ll murk this dude in rap at 43 to his own beats then sing it’s ass to sleep ‘and that’s exactly what she did on this new freestyle to the beat of Jack’s hit’ First Class”.

Calvin Harris and Dua Lipa’s “One Kiss” remains one of the best singles of years, so it’s exciting that they’ve teamed up again, this time with Young Thug as well. It’s full of future-funk magic, and it’s a taste of Calvin’s upcoming album.

Bad Boy Chiller Crew, creators of British dance-rap parties, have already released one of the funniest albums of 2022 with Disrespectfuland now they’ve teamed up with British veteran MC Majestic for another new single, “Skank All Night (You Wot, You Wot)”, which is just as energetic as anything on their album.

After the Diana Ross & Tame Impala song comes another taste of Jack Antonoff’s production Minions: The Rise of Gru soundtrack. This one finds Kali Uchis bringing a modern and engaging twist to the bossa nova classic “Desfinado,” popularized by Stan Getz and Joao Gilberto.

Chance the Rapper has been in the middle of his “writing exercises,” and those have now produced this new song and self-directed video.

Dallas R&B singer Kaash Paige follows recent single “Girlfriend” with new single “24 Hrs,” and it’s an airy, downtempo song that Kaash says is “about taking risks. You have 24 hours to finally do something you’ve been waiting for.” She also has a new project on the way (details TBC).

Logic has shared another single from their upcoming album Vinyl Days, and this one features Like alongside the two members of beloved underground rap group Blu & Exile. As the name of the album suggests, this album seems to find Logic channeling a more vintage sound, and this single takes us right back to the boom bap era of the early 90s.

MONEYBAGG YO – “SEE WHAT I SAY”

Memphis rapper Moneybagg Yo returns with a new single produced by Tay Keith, and he has a hook that makes this one sound like a surefire hit.

Mura Masa has announced his third album, demon time, which is packed with amazing guests, including two on this awesome new single. Learn more here.

Indie rock-loving Texas rapper Plato III has shared another taste of his upcoming album The devil has Texas (due 06/17 via Polyvinyl), and this one finds it on the border between dream pop and trap.

R&B singer Leon Thomas has signed to fellow crooner Ty Dolla $ign’s EZMNY label, and his first single for the label is the warm and soulful “X-Rated,” which features a sentimental verse by Benny the Butcher.

Oakland rapper Kamaiyah has released her first new project in two years, the Fast and Dirty divine timing EP, which includes seven tracks that find her doing what she does best. Features include Sada Baby, Da Boii and Cash Kidd.

As a bunch of other people have said, Hitkidd and Glorilla’s “FNF (Let’s Go)” is a strong contender for song of the summer. Glorilla is a previously little-known rapper from Memphis, while fellow Memphis native Hitkidd has made beats for Megan Thee Stallion, Bladee, Duke Deuce, Baby Tate and others, and both have gone gold with this collab, an ode to being single, not having to worry about cheating on men, and just hanging out with your girls.

Louis Theroux’s “Jiggle Jiggle” Song: Everything You Need to Know About the Rap That’s Dominating TikTok