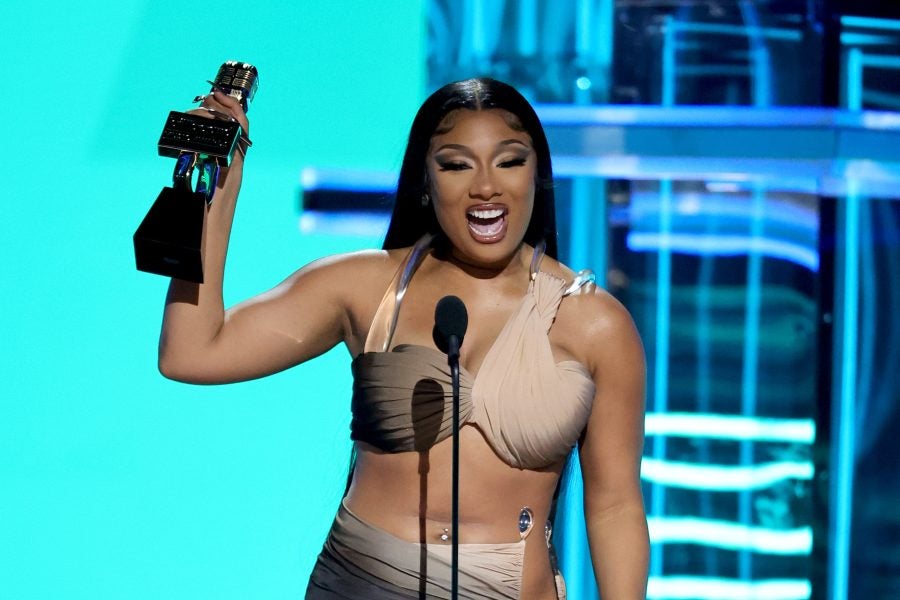 Kudos to Megan Thee Stallion! The “Plan B” rapper won a 2022 Billboard Music Award in the Top Rap Female Artist category. She had already won the same award in 2021.

“Thank you very much,” she said during her acceptance speech. “First of all, thanks to the hotties because without the hotties, there would be no hot girl coach.” The “hotties” are Megan Thee Stallion’s devoted fan base.

Cardi B, a collaborator of Megan Thee Stallion, and Latto were named alongside her.

The rapper officially emerged in 2016, during a local cipher that quickly went viral. She followed that up with a number of freestyles and remixes, her first big hit being “Big Ole Freak” in 2017. The song peaked at #65 on the Billboard Hot 100 and appeared on her “Tina Snow” mixtape.

Her follow-up project, “Fever,” further contributed to her growing buzz and came just as her viral catchphrase “hot girl summer” was taking off. Less than a year later, Megan released “Suga”, which contained the single “Savage”. In April 2020 Beyoncé appeared on the official remix and the following winter Megan won two Grammys for the song.

She unveiled her first album, “Good News”, in November 2020. She is currently preparing her second official release.

During a 2021 interview with ESSENCE, Megan revealed what the album would sound like, saying, “I feel like [my new album] will be aggressive… I feel like this project is definitely something very well thought out. This project is about me talking my shit, getting comfortable with myself, getting back to the Megan that was riding. We can’t wait.