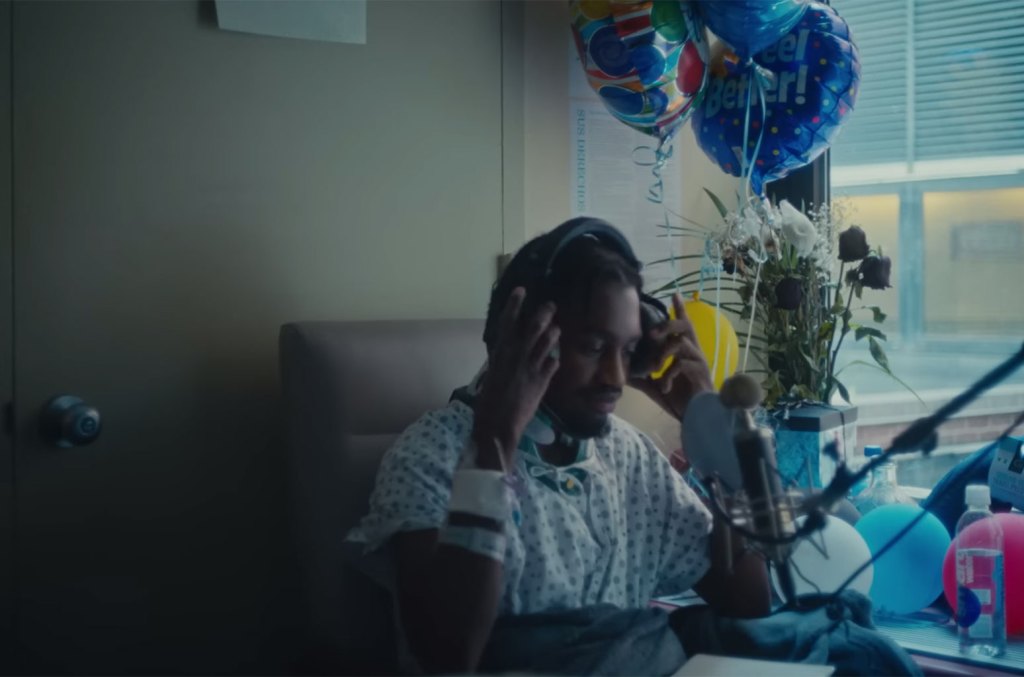 Lil Tjay is counting his blessings on his poignant new track, “Beat the Odds,” which finds the Bronx MC recounting his recovery from a near-fatal ambush during a failed robbery attempt in June. “I do my own thing, fk it, took seven shots, no shame/ Back to the wall, I’m still gonna blow you up, I ain’t a stain/Flow on Wayne, I don’t care about no ceiling,”

Video of the trail which dropped on Friday August 26 opens with frantic 911 calls from the day of the incident – including the voice of a woman saying she believes the victim is ‘dead’ – before melting into Tjay lying with his eyes closed, an oxygen mask on his face. It then focuses on him writing and recording lyrics while hooked up to monitors, the bandages on his neck in plain sight as he records his verses from his hospital bed.

According to a statement announcing the song, the 21-year-old “Laneswitch” rapper was treated for gunshot wounds after being shot 7 times, including to the lungs, neck and chest. We watch Tjay learn to walk again, caress the wounds on his chest and hop into a wheelchair as he returns to the studio amid footage of him performing on stage in the visual directed by the MC. The scene ends in a church, where Tjay gives thanks for his survival and his faith.

“Grateful for the shit I’ve had ’cause I come from a hard life / Demons on my mind, I’ve seen some shit I want to archive / The feds looking to try to bring down / I’m just thinking about the possibility, I frown,” he raps on the chorus. “Away on that water, Father, don’t let me drown/ I hear my grandma say, ‘Don’t let me down’/ People wanna kill me, always keep my gun handy/ Pray I squeeze first, I can’t lose the millions I found.

“I am grateful for the love and support I have received from my fans, family and friends,” the rapper said in a statement. “It’s been a long road to recovery, but I’m glad to have a second chance. Stay tuned… I’m back.

Watch the “Beat the Odds” video below.