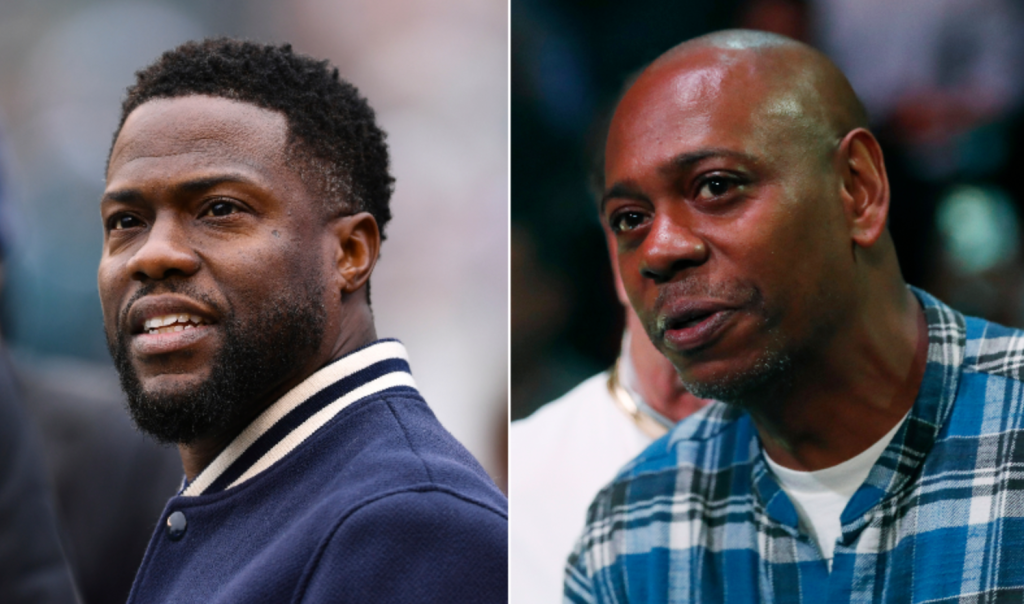 Kevin Hart: Dave Chappelle’s Attacker Had to Get Beaten

Kevin Hart said on the May 5 episode of “Jimmy Kimmel Live” that it was more or less important for the man who attacked Dave Chappelle onstage to get beat up for the world to see. Chappelle was performing at the Hollywood Bowl as part of the Netflix comedy festival Is a Joke when a man came on stage and tried to tackle him. It was later revealed that the man was carrying a plastic replica gun containing a knife. Chappelle’s security team then tackled the attacker. Video footage revealed that the attacker had broken his arm.

“Someone ran onstage and got their ass kicked,” Hart said. “Not scary. It’s one of those things that had to happen, though…do you want people to keep thinking they can cross that line and break the artist barrier [and audience]? Someone who gets their ass kicked sends a message to other people like, ‘You know, I was thinking of doing this. But after seeing this, I don’t really want to do this.

Hart continued, “I think the world we find ourselves in right now – there are a lot of lines that are blurred, and sometimes you have to take a lot of steps back to take a step forward…I think that it’s time to get back to a place of respect for your live performer and understand that you are coming to a show.

Police arrested Isiah Lee, 23, hours after the incident on suspicion of assault with a deadly weapon. The Los Angeles County District Attorney’s Office announced on May 5 that Lee will not be charged with a felony. Lee was later charged with four misdemeanor counts, including assault and battery, possession of a weapon with intent to assault, unauthorized access to the stage during a performance and commission of an act that delays a event or interferes with a performer.

“We care deeply about the safety of creators and we strongly defend the rights of comedians to perform on stage without fear of violence,” a Netflix spokesperson said in a statement the day after the attack.

A spokesperson for Chappelle also released a statement following the attack: “Dave Chappelle celebrated four nights of comedy and music, setting record sales for a comedian at the Hollywood Bowl. That run ties Chappelle with Monty Python for the most successful shows of any comedian at the Hollywood Bowl, reaching 70,000 fans from all walks of life at the first Netflix Is A Joke: The Festival, and he refuses to let the incident of the last night eclipse the magic of this historic moment.