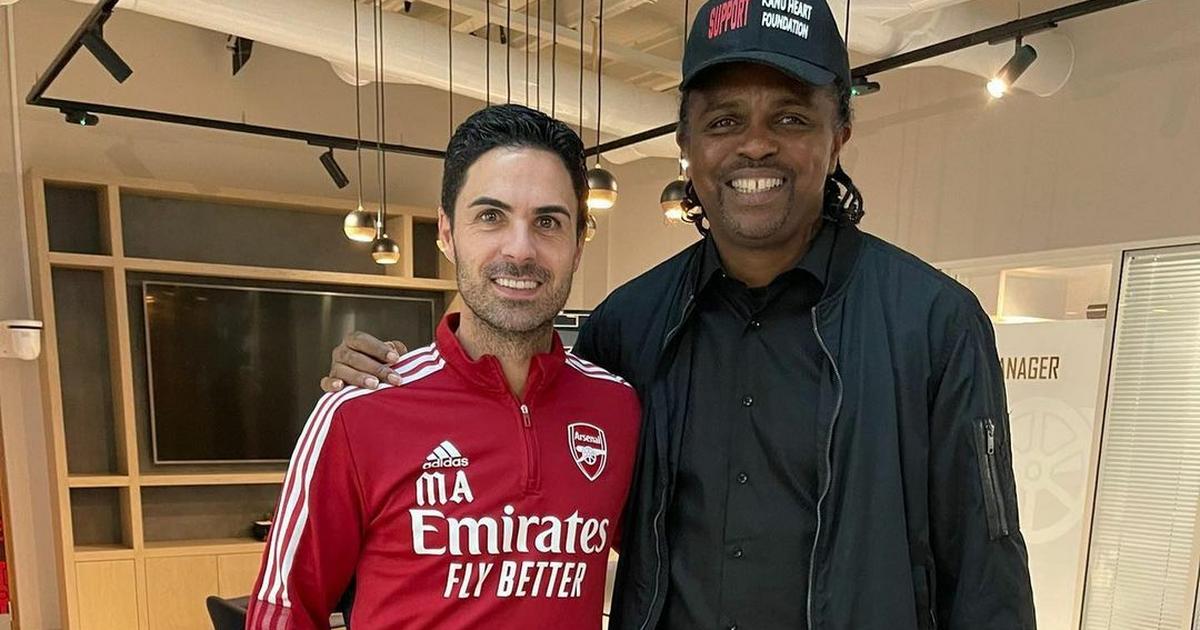 After an embarrassing loss to Liverpool at Anfield last week, the Gunners bounced back in style at home to Newcastle United on Saturday 27 November 2021.

The first half ended scoreless, but in the second half Arsenal took the lead through Bukayo Saka in the 56th minute.

In the 66th minute, Gabriel Martinelli doubled the Gunners’ lead as they held on to claim all three points.


Along with the photos, there was a message that read, “Words of encouragement and positive vibes. Nice to meet you before this game and congratulations on the win @mikelarta @arsenal

Kanu’s message is an encouragement for Arteta and his team in their quest to qualify for European football next season.

Kanu joined the Gunners from Italian Serie A side Inter Milan in 1999. He was with Arsenal for five seasons and won two Premier League and FA Cup titles.