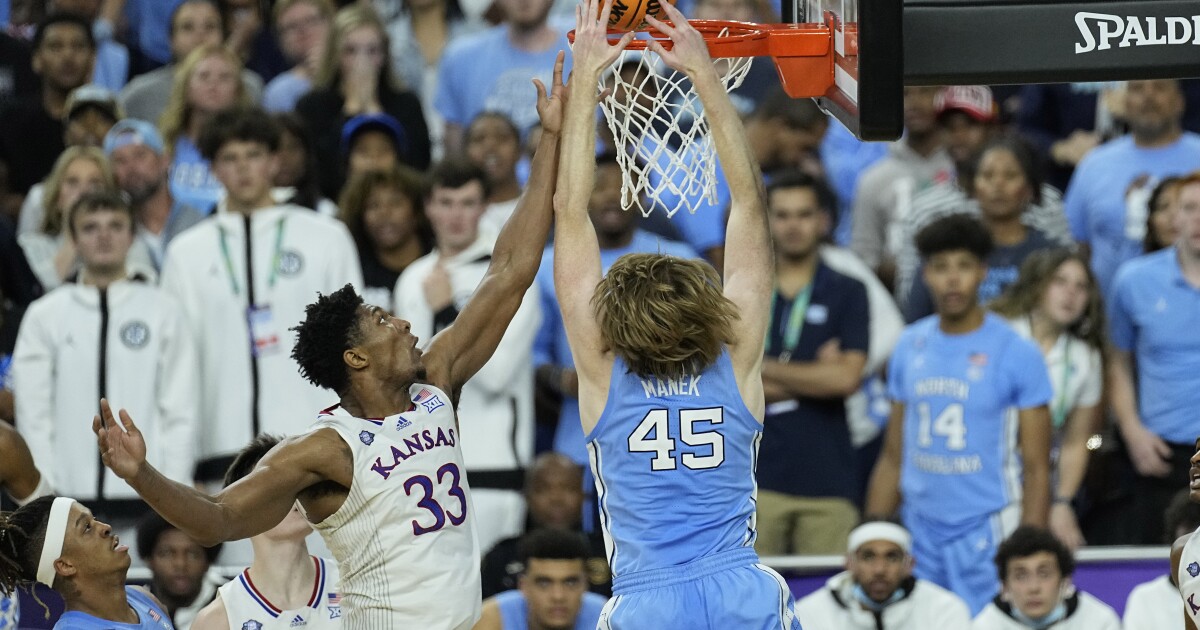 On KU’s third trip to a title game in New Orleans, the Jayhawks prevailed in a 72–69 win over the North Carolina Tar Heels. KU had previously lost Big Easy title matches in 2003 – the last year for coach Roy Williams before returning to his home state of North Carolina – and in 2012, when Bill Self last coached KU in the title match.

The Jayhawks won their second national title under Self and the first since 2008. Self is a perfect 4-0 against the Tar Heels in the NCAA Tournament. It was KU’s first title game against the Heels since 1957, when Wilt Chamberlain played KU and the Heels won in triple overtime.

Earlier in the weekend, KU reached the title shot after beating Villanova, 81-65, in the semifinals for their first victory in three postseason games against the Wildcats.

The Jayhawks had a lot of motivation. This season’s team is largely made up of the team that was eliminated in the second round of last year’s NCAA Tournament.

The 2019-20 season also ended in disappointment. In 2020, the pandemic robbed a talented Kansas team of the chance to win a national championship. The Jayhawks were expected to be the No. 1 seed in that tournament, which was canceled.

KU trailed by 15 at halftime, but staged a furious comeback in the opening minutes of the second half. The Jayhawks outscored the Tar Heels, 24-10, by the time the second half reached its midpoint and had a 56-50 lead.

The key addition to this year’s team was Remy Martin, a transfer from Arizona State. Although slowed by a knee injury in the regular season, Martin provided a spark in the playoffs, starting with the Big 12 tournament in Kansas City.

In the NCAA Tournament, Martin was voted the Midwest Region’s Most Outstanding Player.

This season, KU entered the Final Four as the tournament’s highest remaining seed, while the Tar Heels were seeded eighth.

The Jayhawks end the season with a 34-6 record.

The Skywalker saga to beat?