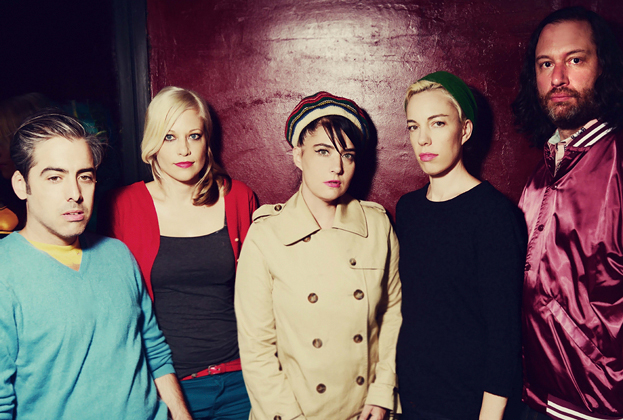 Kathleen Hanna: ‘I can imagine him playing in the background of a totally out of control party’

Kathleen, pioneer of punk Hanna – now fronting Julie Ruin – hands over the reins to producer YACHT for an uplifting remix of “Right Home”, which can be found in its original form on her new band’s debut album, Run fast. YACHT’s heart-pounding, club-ready reimagining of the track is downright celebratory, retaining Hanna’s distinctive vocal line from the original and lyrics about going to an after-party against her better judgment.

The 26 albums to listen to this fall

“Of course I love our version of the song, but YACHT added this whole new dimension,” the Bikini Kill and Le Tigre veteran said. rolling stone. “Now I can imagine him playing in the background of a totally out of control party. Ever since I wrote ‘Right Home’ about trying to drink your pain away knowing your problems will still be there when you come home – hungover – it thrills me beyond measure that random partygoers, who may be caught in the same dilemma, will dance to this. If they catch a glimmer of the lyrics, it’s still better, but it’s kinda meta anyway.

In its remix form, the vintage feel of “Right Home” is somewhat reminiscent of Tones on Tail’s classic 1984 dancefloor anthem “Go!” That may be the bell, but it certainly deserves a repeat listen. On a related note, Texas fans can experience Julie Ruin – which also features bassist Kathi Wilcox (Bikini Kill), keyboardist Kenny Mellman (Kiki and Herb), drummer Carmine Covelli and guitarist Sara Landeau – delivering the song as Hanna imagined it. at Fun, Fun, Fun Fest in Austin with performances scheduled for November 8-10.