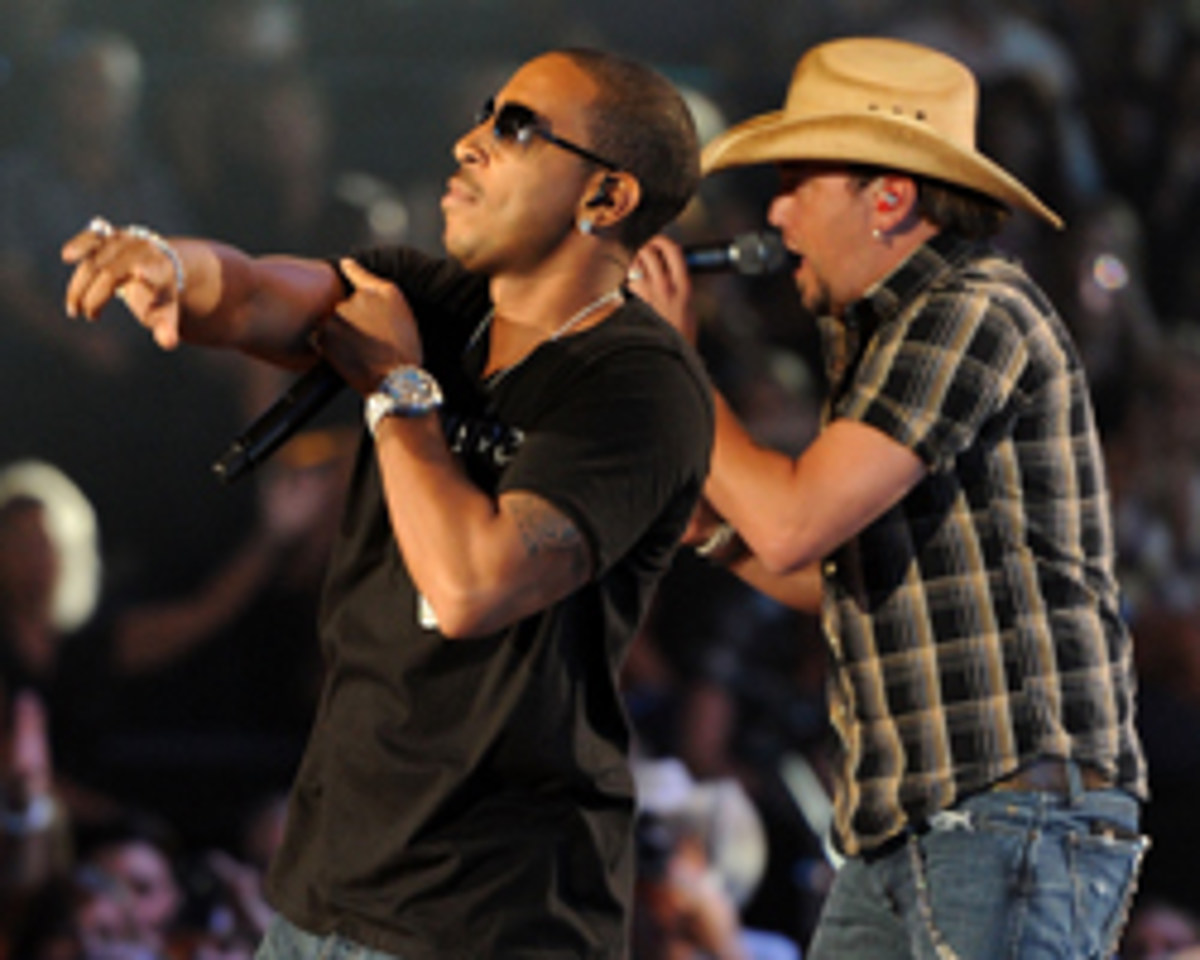 The producers of the CMT Music Awards proved they were not afraid to add a touch of MTV to the broadcast, despite Wynonna’s insistence on the contrary at the start of Wednesday night’s show. Jason Aldean closed the show with two songs, one featuring fellow Georgian Ludacris on Aldean’s current hit song, “Dirt Road Anthem”. It was excellent television, but country fans are unlikely to send the album version of the song to the trash in favor of this duo, which is available for download on iTunes today.

It’s the exact same song except for the reworked second verse from Ludacris. “Man, I feel like a million dollars / I stacked all the hundred dollar bills / I got a six pack on the ice / But I roll on the hottest wheels,“begins the rapper before naming a few country stars. “Turn up the volume and let the speakers scream for Mr. Aldean / But I call him Jason / Memories of the good times / Water balloons and super soaking / Wet T-shirts, women in bikinis / Kenny Rogers moccasins.”

It’s a good effort from Ludacris; in fact, you could say it’s more authentic than Aldean’s hip-hop styles on the song. There just aren’t enough fans split between the two to make this song’s remix anything but a novelty overnight. The couple were a puzzle, but unlike similarly misplaced celebrities – who didn’t think, “When Ron White and Justin Bieber ultimately work together ” ? – They succeeded. But the two of them had better leave pretty much alone and go their separate ways.