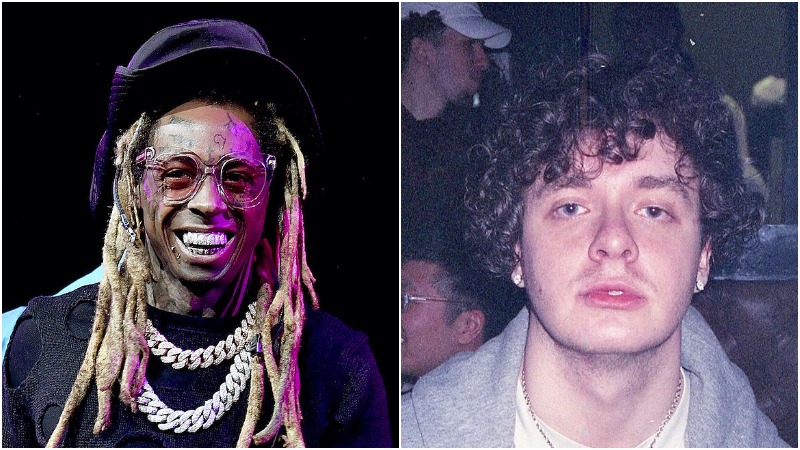 One of the hottest records right now is Jack Harlow’s “WHATS POPPIN” and the all-star remix starring Lil Wayne, Tory Lanez and DaBaby which was released this Friday.

The Louisville rapper was one of the guests who called Weezy’s Young Money Radio on Apple Music on Friday to discuss the remix. “Speaking of sound, you just dropped the remix yesterday, right?” The returns from the streets, they say we killed him, ”Wayne said to which Jack replied in the affirmative. “Thanks man. Thanks for being a part of it, brother – It’s a big step on my to-do list, man,” Jack said.

Shortly after, Wayne hinted that they were shooting a music video for the remix on Monday. “Hold on. Don’t we have a video Monday night?” Wayne said. Jack was caught off guard and asked him not to divulge further. “No, wait, Patch. Don’t tell everyone. . They’re not supposed to know, “said the Generation Now rapper.” That’s why that was a question. It was a question. You were supposed to say no, “Weezy added.

Jack Harlow also discussed attending the protests in Louisville, Kentucky with Bryson Tiller and others in honor of George Floyd and Breonna Taylor.

“Oh, well, that was obvious to me. Yes. For me, just being in a black genre and growing up with black people, like I said, was a no-brainer, ”he said. “It was a priority to get out there. There are a lot of black people in Louisville. And then the Breonna Taylor thing being so close to home, it happened in my hometown. We just had to go back and show face. You know what I mean, times like this are bigger than anything we’re working on, bigger than the What’s Poppin remix, bigger than all that. Watch the clip below.