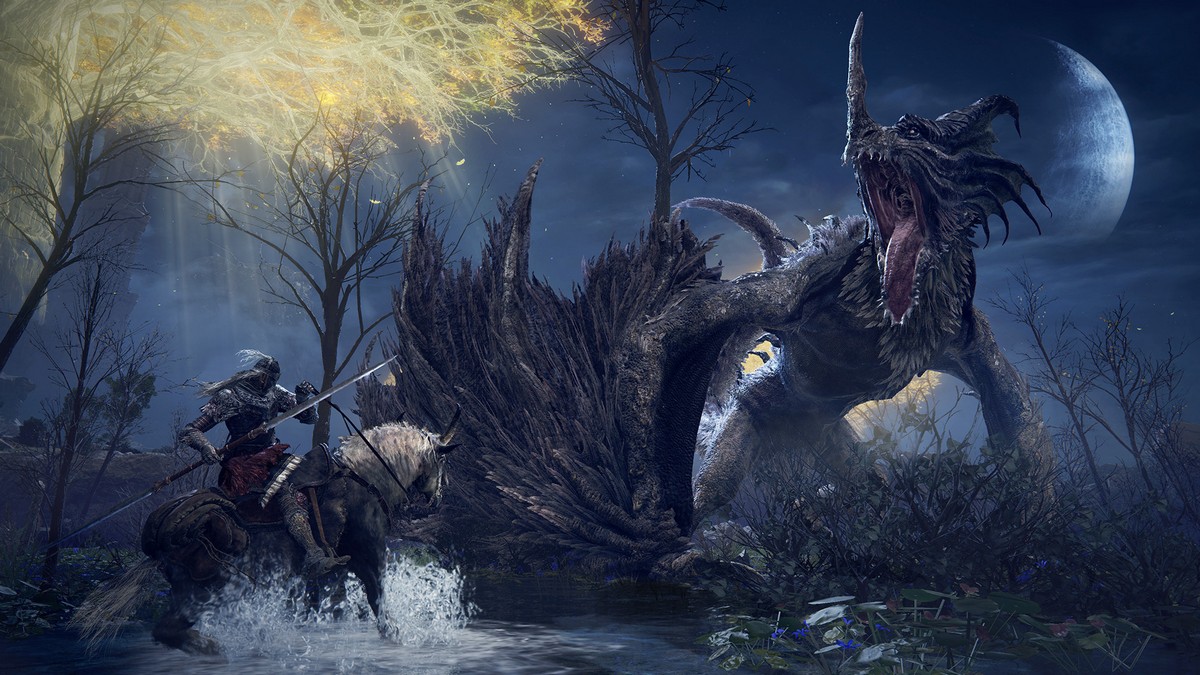 How to beat the ancient dragon Lansseax

There’s never a shortage of challenging enemies in the Lands Between, and Elden Ring certainly doesn’t shy away from throwing dangerous enemies at players to halt their progress. However, there are also plenty of optional bosses worth taking on for the challenge and the inevitable rewards. If you’re looking to beat one of the most dangerous dragons in Elden Ring, here’s our guide to how to beat Ancient Dragon Lansseax in Elden Ring.

You will encounter this boss twice in Elden Ring, and the first encounter will be after the Magma Wyrm boss. Coming out of the Ruin-Strewn Precipice elevator, moving past the Abandoned Site of Grace, you will see the Ancient Dragon Lansseax attack. Deal enough damage and the dragon will retreat quickly.

The next time you see the boss is on Altus Plateau proper, and you can find this tough enemy just southwest of the Rampartside Path Grace Site, or east of the Tomb of the sacred hero. If you start entering an area where it’s always raining and lightning strikes multiple times, you’ve come to the right place.

How to beat the ancient dragon Lansseax in Elden Ring

As a large enemy with multiple damaging attacks, there are a few things to keep in mind when fighting the Ancient Dragon Lansseax.

Staying on Torrent will give you much-needed mobility, which is essential if you want to dash around and dodge the various attacks. It’s also highly recommended to seek help from your Spirit Ashes, with the best choices being Mimic Tear, Banished Knight Oleg, Banished Knight Engvall, or Latenna the Albinauric. They will help distract the boss and deal damage, while you go about your business at the same time.

For melee types, be sure to equip weapons with thrust damage, as the boss is resistant to all other weapon damage types, with the Cleanrot Knight’s sword being a good choice. For Sorcery users, going under the boss and using Meteorite or Astel Meteorite can deal massive damage, and Rock Sling is still a reliable option if you’re further afield.

Like most dragons, Ancient Dragon Lansseax is vulnerable at its feet, so focus your attacks there. Going under the dragon also protects you relatively from any swipes.

Be on the lookout for blows or fire-breathing attacks, these can be avoided by riding alongside the dragon. However, for the most dangerous Glaive attack, there are two situations to remember. If you are far from the dragon, move away from him to avoid the attack and remember to jump to dodge the lightning that follows on the ground. If you’re closer, the dragon will leap back and cast the spell, so make sure you’re close enough to get past it before the attack kicks in.

Keep up the pressure and, together with your spiritual allies, you can defeat the boss and claim your rewards. Defeating the ancient dragon Lansseax will reward you with 63,000 runes and the casting of Lansseax’s Glaive, which requires 40 faith to cast.

This is all the key information about how to beat the ancient dragon lansseax in Elden Ring. Also, be sure to check out our wiki guide for more on the game, including info on all bosses, completing Ranni’s quests, and understanding New Game Plus. For everything else, please search Twinfinite.