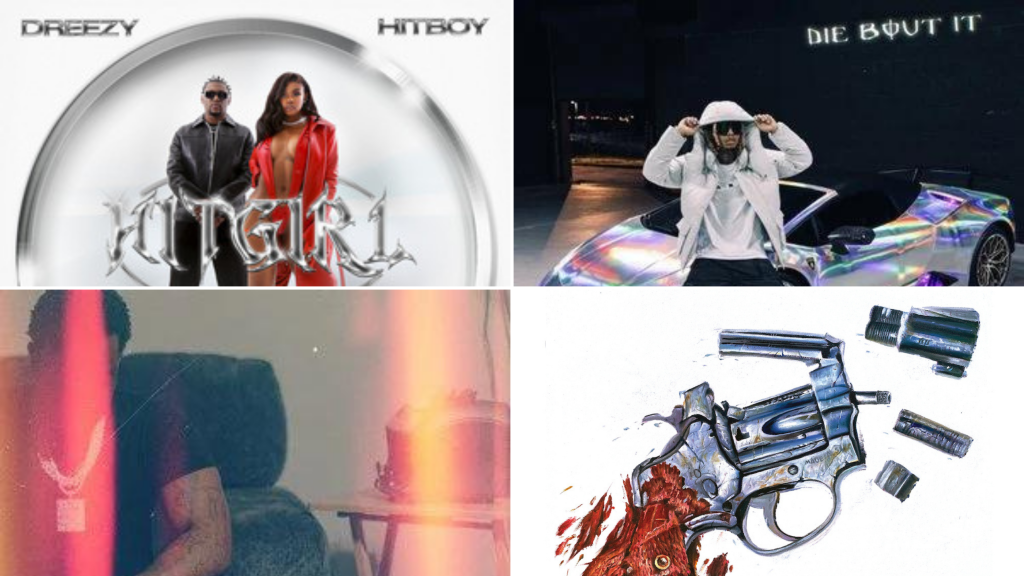 Here are the rap releases that raised the bar this Friday for new music – VIBE.com

“Raise the Bar” is the New Music Friday column from VIBE Hip-Hop reporter Preezy Brown. Each week, he picks a hip-hop song or album that deserves your attention all weekend (but don’t worry, he’s also got an honorable mentions roundup below).

This week’s list of rap releases may lack blockbusters from previous ones, however, there’s plenty of firepower and new albums worthy of your attention. From explosive collaborative efforts to instrumental albums, this New Music Friday lineup has something for all types of listeners.

More than three years after the release of his second album, Grand DréezChicago spitter Dreezy is back alongside producer Hitboy for their joint album Hitgirl. His first project since severing ties with Interscope Records, Dreezy shows no signs of rust on all ten tracks on the album, which features guest appearances from Future, Jeremih, Coi Leray and INK. The stars of Hitgirl include lead single “They Not Ready” and the Leray-assisted heating “Balance My Lows”.

Elsewhere in hip-hop, Detroit lyrical menace Boldy James teams up with producer Real Bad Man to don’t kill anythingits sequel to last year’s smash hit Super Tecmo Bo album with Alchemist. With guest appearances from Stove God Cooks, Rome Streetz, Crimeapple and Knowledge The Pirate, don’t kill anything represents another victory in the column for Boldy James, who continues to establish himself as one of today’s most consistent wordsmiths.

Lil Gnar also caused a stir with his new album die for it, which finds the Atlanta upstart showing strength in numbers. Featuring guest spots from Tory Lanez, Yung Bans, Lil Uzi Vert, Trippie Redd, Chief Keef, Ski Mask The Slump God, Yak Gotti and the late YSL rapper Lil Keed, die for it is a robust LP that has its fair share of moments that are more than worth the wait.

Finally, taking center stage for its last outing, Back 2 ba$ics, Payroll Giovanni does all the heavy lifting on this release, flying solo throughout all 12 tracks on the album. Led by the single “Throw The List Away”, Back 2 ba$ics finds that Payroll sticks to the script and relies on its proven formula of delivering dope bars at the top of a range of hard-hitting instruments.

In addition to these releases, check out what else we’ll be up to this weekend below.