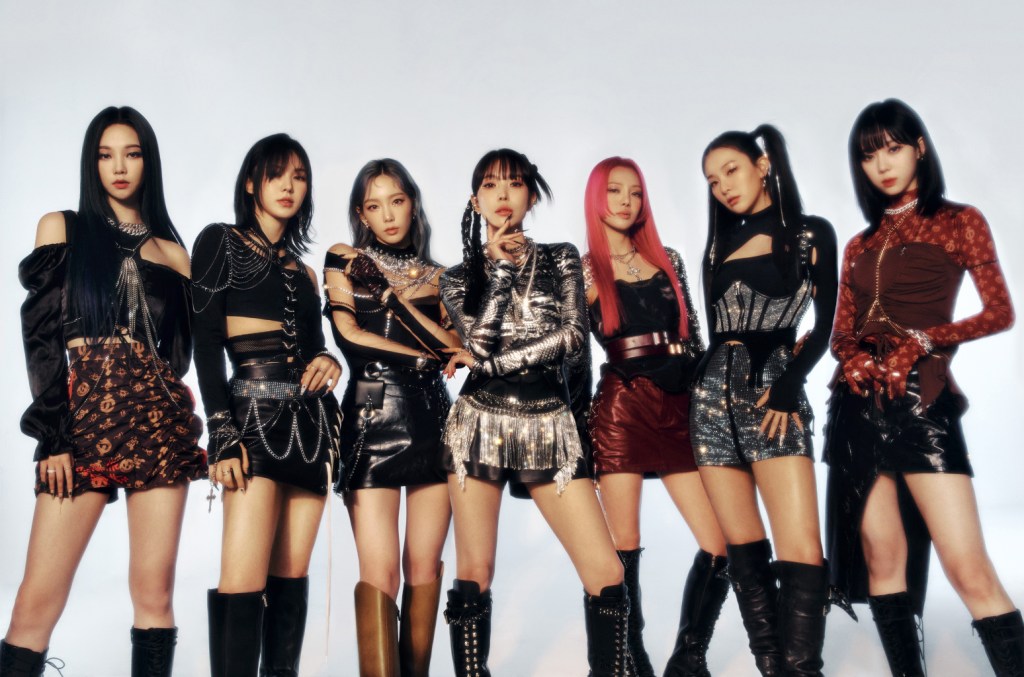 GOT the Beat, a new seven-member supergroup consisting of BoA, Taeyeon, and Hyoyeon from Girls’ Generation, Seulgi and Wendy from Red Velvet, and Karina and Winter from Aespa, rang in 2022 with their debut single, “Step Back.”

The group brought the song, which counts Yoo Young Jin and Dem Jointz among its producers, to the stage for a special performance at SMTOWN Live 2022 on New Year’s Eve. “Step Back” was officially released as a single on January 3.

GOT the Beat is the “first unit” of a new SM Entertainment project known as Girls on Top, intended to bring together and showcase the company’s female artists in various groups.

SMTOWN Live 2022, a free event for fans around the world that took place at “SMCU Express Station” in a virtual space known as “KWANGYA”, featured a great lineup from SM Entertainment’s roster. A 40-song setlist included “Step Back” and had a number of other collaborative performances, such as “Ordinary Day” by Super Junior’s Kyuhyun, Onew by NCT’s SHINee and Taeil, and “Zoo” by Taeyong, Jeno, Hendery. and NCT’s Yangyang and Aespa. Gisele.

SM Entertainment reports that the concert set a new record for the most views for a Korean concert online, with 51 million global streams, surpassing their own record for last year’s SMTOWN concert.

Soo-Man Lee, the event’s chief producer, gave a keynote speech which explained, “SMCU [SM Culture Universe] shares the stories of each artist through virtual space and reality. In other words, it is a concept that encompasses the vision of the world and the universe containing the identity of each team. KWANGYA therefore represents a new world that transcends and coexists without borders. This worldview is newly named and expanded as “Metaversal Origin Story” and each artist’s “Metaversal Origin Story” comes together, intersects and coexists in KWANGYA, which will unveil a new world.

Watch GOT the Beat perform “Step Back” below.