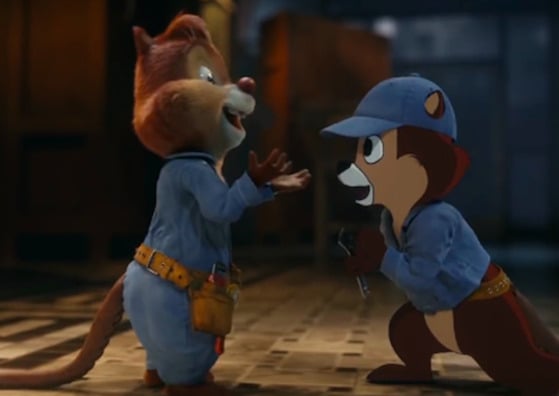 The track, which includes a remix of the Disney Afternoon Theme written by Tom Snow (music) and Dean Pitchford (lyrics), is composed by Nathaniel Motte (who also produced the song), director Akiva Schaffer and comedian Andy Samberg (who plays Dale).

The song is available on various digital platforms, including Spotify and Amazon. You can also listen to it below:

In “Chip ‘n Dale: Rescue Rangers”, Chip and Dale live among cartoons and humans in present-day Los Angeles, but their lives are much different now. It’s been decades since their hit TV series was canceled, and Chip (voice of Mulaney) succumbed to a life as a suburban servant as an insurance salesman. Dale (voiced by Samberg), meanwhile, has had CGI surgery and works the nostalgic convention circuit, desperate to relive his glory days. When a former castmate mysteriously disappears, Chip and Dale must mend their broken friendship and once again face off against their detective characters Rescue Rangers to save their friend’s life.

The film is directed by Akiva Schaffer (“Saturday Night Live”), written by Dan Gregor and Doug Mand (“Crazy Ex-Girlfriend”) and is produced by Todd Lieberman (“Wonder”) and David Hoberman (“Beauty and the Beast ”), with Alexander Young (“Extinction”) and Tom Peitzman serving as executive producers.

You can watch the movie trailer below: