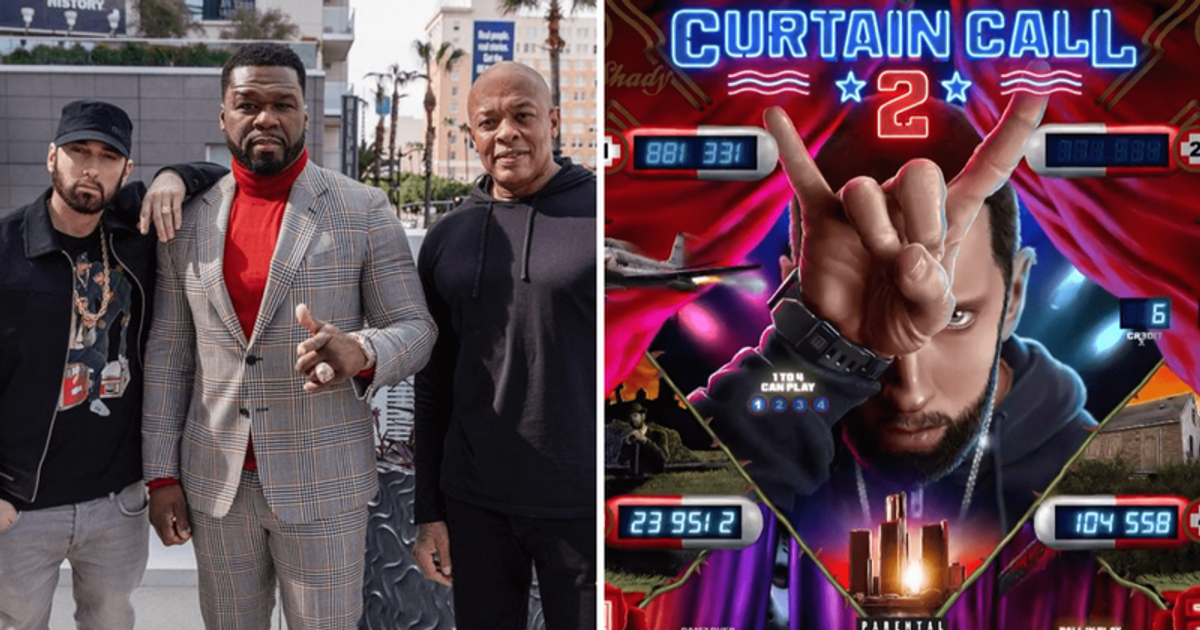 Eminem, as promised, released his second greatest hits album titled “Curtain Call 2” on Friday August 5th. The rap heavyweight’s new project was supposed to include some of his biggest post-2007 hits ‘Relapse’ and yet he managed to surprise his fans with two new singles and an unreleased music video.

The 49-year-old rap icon has unlocked a music video for previously released “Crack a Bottle”. An unreleased song from 2009 with his close friend, 50 Cent, titled “Is This Love” was also released on major streaming platforms. The track was produced by Eminem’s mentor and friend, Dr. Dre, along with Trevor Lawrence Jr and Mark Batson. If that wasn’t enough, the Detroit native also released a remix of his award-winning song “Rap God.” It quickly sent hip-hop fans into a frenzy as they flocked to Twitter to talk about the same.

Did Snoop Dogg and Eminem end their beef? Duo likely to collaborate on a song

Eminem’s new single with 50 Cent titled “Is This Love” has proven to be a hit among rap fans. The track would have been planned for “Relapse 2” which never saw the light of day. In the song, Eminem raps, “Let me be your vibrator (Did you get it?)/ Your body slams like Andre the Giant/ Two wrongs make one right/ Let me take you by the arm, I look like a alligator (Bite its off) / Gal, I’ve been waiting for you all my life, heart racing like Talladega nights / Sick minds think the same way, girl, you got me singing, like.

“If it doesn’t go number one, hip-hop is dead”

Hip-hop fans were ecstatic as they took to Twitter to express their delight at the remix of “Rap God” and “Is This Love.” “I don’t know about you but I really enjoyed this Eminem album, ‘Is This Love’ ft. 50 Cent is a pic of Relapse s**t,” one fan said while another tweeted. posted, “The reaction channels on YouTube are going to go crazy and ham on #Eminem and the 50cent song ‘Is This Love’! The song is (fire). If it doesn’t go number 1! Hip-hop is dead! The following shared, “Both surprises are insane. Is that love a dope ass joint and that Rap God remix, damn it’s fire. @Eminem roots for it to work wonders.”

Meanwhile, one user tweeted, “New song w 50 is so good, I’m so glad I didn’t listen to the leak. it was definitely worth the wait. I also like the rap god remix. Another said: “Yo! @Eminem this unreleased song is a banger. Plus this Rap God Remix, Just Wow!! One posted: “CC2 just dropped an hour ago. Is This Love (feat.50 cent) is the new one, very good. There’s a remix on Rap God that’s really good. It’s just a greatest hits album, so the same songs we’ve all heard before. And, another said, “I’m glad ‘Is This Love’ has 2022 Eminem vocals tbh.” And, one person concluded, “The song Is This Love @eminem ft @50cent took me back to the old thin and shady days.”

Reaction channels on YouTube will go crazy and ham #Eminem and the 50 cent song “Is This Love”! The song is 🔥🔥🔥🔥🔥! If it doesn’t go number 1! Hiphop is dead!

#CurtainCall2 fell in India.
Both surprises are crazy.
Is that love a dope ass joint and that Rap God remix, damn it’s fire.@Eminem rooting for it to work wonders.

CC2 just dropped an hour ago. Is This Love (feat.50 cent) is the new one, very good. There’s a remix on Rap God that’s really good. It’s just a greatest hits album, so the same songs we’ve all heard before

This article contains comments made on the Internet by individuals and organizations. MEAWW cannot independently confirm these and does not support any claims or opinions posted online.

Auto-tune is out of whack in the Milwaukee rap scene