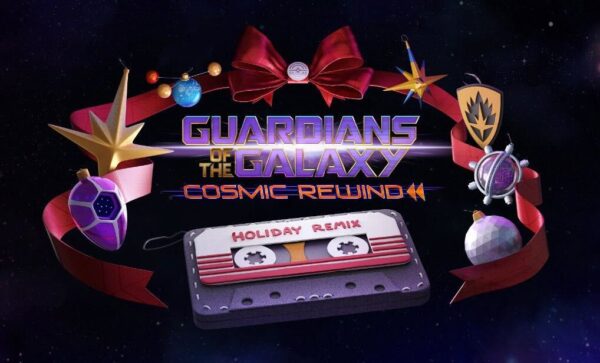 It looks like a new song, which will be a mix of several holiday songs with new lyrics, will be playing this holiday season for guests brave enough to put on Cosmic Rewind. We don’t know if the other standard Cosmic Rewind songs will continue to play as well or if it’ll just be that new holiday song during the holiday season.

Imagineer Wyatt Winter explained, “This is a brand new unique mashup song taking many of your favorite holiday songs that we all know and love, and creating a new song with it…Imagineers were able to create custom lyrics. This song will be the song you’ll hear over the holidays at EPCOT It’s a lot of fun…we gotta test it and play with it early in the year.

There were also talks at New York Comic Con about a holiday overlay. Disney sometimes does overlays of certain rides (like turning the Jungle Cruise into a Jingle Cruise) and it looks like they’re planning something for Cosmic Rewind as well. To find out what it will look like, it looks like we’ll have to wait a little longer.

Will you be participating in Cosmic Rewind this holiday season?