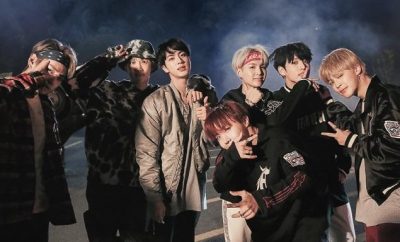 Just recently, the septet’s swag-filled MV for their 2017 hit track officially garnered a billion views. It took them about three years, eight months and two days to reach the incredible milestone.

To celebrate this incredible milestone, Steve Aoki gave listeners a special clip featuring fans interfering in the song. He also expressed his gratitude to BTS and ARMY for this wonderful achievement.

Thank you @bts_bighit & #BTSArmy for getting my 1 BILLION VIEWS Mic Drop Remix !!! my first clip to do this and I’m so amazed by you. In honor of these amazing fans, I made a BTS megamix with a few edits and remixes that I made !! Enjoy!! 💜 #armyhttps://t.co/slt4qFa7WY pic.twitter.com/VIKEX84lSV

Besides its success on YouTube, the song also won several achievements from various music organizations. It set a record for ten consecutive weeks on Billboard’s Hot 100 chart and even landed a platinum certification from the Recording Industry Association of America (RIAA).

How does this story make you feel?