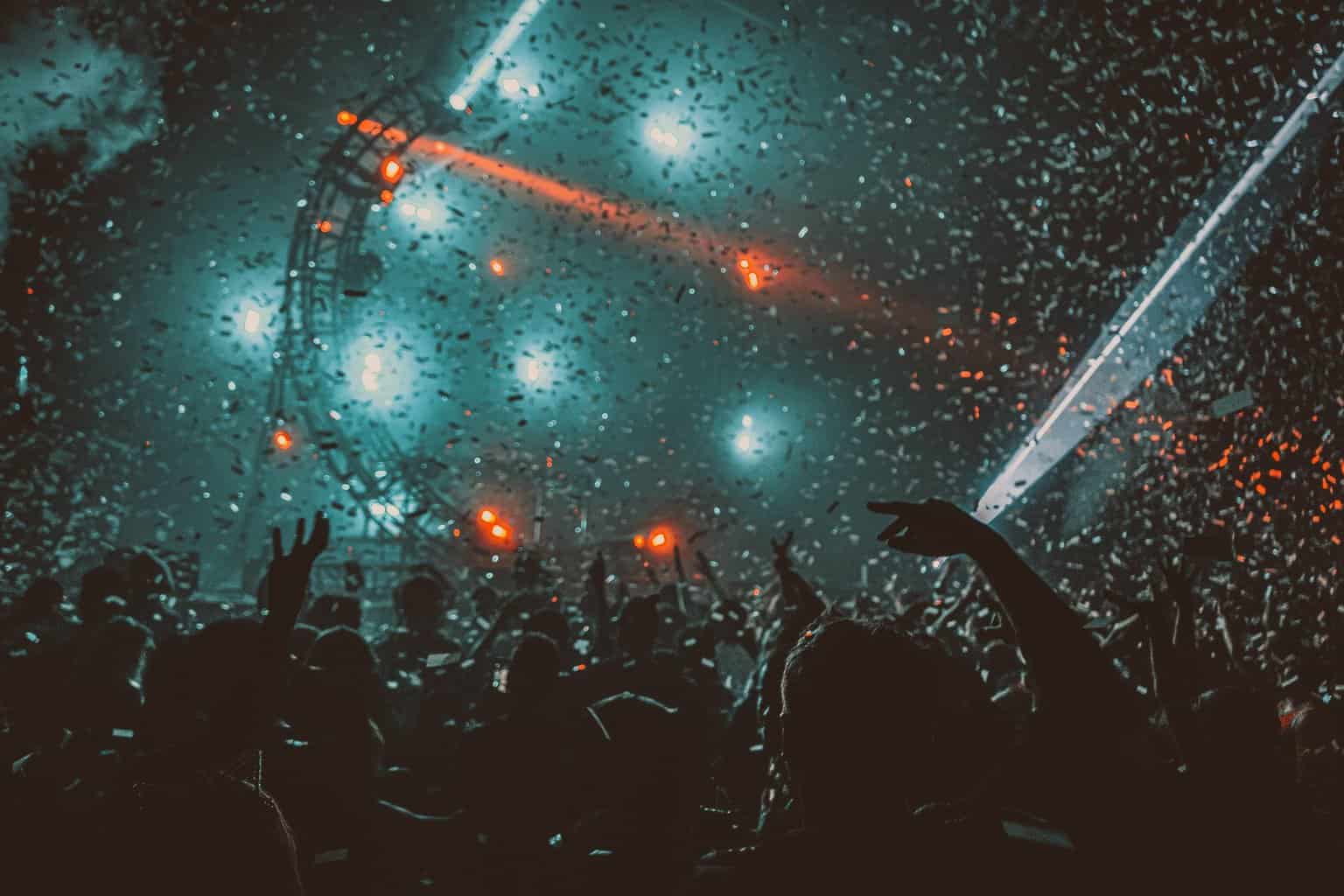 “Who does the shit I do?” That’s the question with this song and one of RL Grime’s beat drop songs. The song “Core” was released in 2014 and became one of RL Grime’s most famous tracks in his discography for good reason.

When Eric Prydz released his fourth single from his debut studio album, fans went crazy for the 2015 progressive house song “Opus.” The song starts at 31.5 BPM and gradually builds and accelerates to a range of 126 BPM in just under 4 minutes.

Aero Chord’s 2016 release “Surface” was released on Monstercat Records and was a pinnacle for some of the best beat drop songs of all time. Despite being removed from Monstercat’s roster due to allegations against him, Aero Chord’s songs continue to be the highlights of epic drops in EDM history.

In 2013, Knife Party teamed up to release the hit track “Power Glove” from the album Haunted House. The album became iconic in the EDM community and helped accelerate EDM into the masses.

Skrillex recorded “Bangarang” in 2011 and released it on February 16, 2012 on Big Beat, Atlantic and OWSLA records. The song instantly became a laser madness of a track.

Raise Your Hands by Ummet Ozcan

For this release, Ummet Ozcan released “Raise Your Hands” from Spinnin Records and became a hit track for one of the best beat drop tracks of all time. Ozcan ditched the two-drop format and opted for a slow build-up instead, adding to the epicness of this song.

Dimitri Vegas & Like Mike, one of the most talented duos in the big room house scene, have teamed up with MOGUAI to release the track “Mammoth”. With monumental synth work and great hall styling, “Mammoth” is an absolute classic.

In 2012, Showtek teamed up with Justin Prime to release one of the hottest releases of the year. The Dutch duo teamed up for the track “Cannonball (Earthquake)” as a continuation of “How We Do” and “Hell Yeah!”.

DVBBS & Borgeous have teamed up to release one of the biggest big room house songs of 2013. In fact, Tomorrowland declared the track to be the most played track of the 2013 festival. After being released on Sander Van’s Doorn Records Doorn, “Tsnuami” sparked massive excitement for the hit song.

Wake Up by Kayzo & Riot

In 2017, Kayzo and RIOT teamed up to release the hit track “Wake Up”. In less than 24 hours, the track has racked up a staggering 200,000 streams and it’s not hard to see why. With a mix of heavy percussion and heavy bass, the track was an instant hit.

In my mind from Don Diablo

Although Don Diablo’s “On My Mind” is a more melodic song, it still makes it to the list due to the incredible nature of the rhythm changes in this hit song.

In 2010 Deadmau5 released one of their best songs to date on 4×4=12 with the song “Raise Your Weapon”. It reached the masses, and then in 2011 Deadmau5 allowed Madeon, Noisia and Stimming to remix its hit song. So without further ado, listen to Madeon’s remix of Deadmau5’s iconic song.

Porter Robinson made a name for himself at a young age on the dance music scene. A few years later, he released “Easy” with Mat Zo from his album Damage Control. The track was released as a digital download and debuted at number 28 on the UK Singles Chart.

In 2014, Flux Pavilion released their track “Gold Love” featuring Rossie Oddie ahead of their “Freeway EP”. The track debuted on SoundCloud ahead of the album which was released later on November 11.

Seven Lions helped introduce a new style of music to the world, which would later be recognized as future bass. On April 29, 2014, Seven Lions released an EP titled Worlds Apart from Casablanca Records. The EP contained 5 songs including “Worlds Apart”, “Don’t Leave” with Ellie Goulding, “Keep It Close”, “Nepenthe” and “Strangers”.

While Lorde’s “Tennis Court” did pretty well, Flume’s remix is ​​truly iconic. In 2014, Flume threw during his set at Coachella with his brand new remix of Tennis Court. The whole crowd blew up hearing the track for the first time and it’s one of the best beat drops we can imagine.

Why do people love Beat Drops?

Scientists at the McMaster Institute for Music and the Mind in Canada have studied how our brains respond to low-frequency sounds and found that humans find bass easier to follow than other parts of a song.

How long should a drop last?