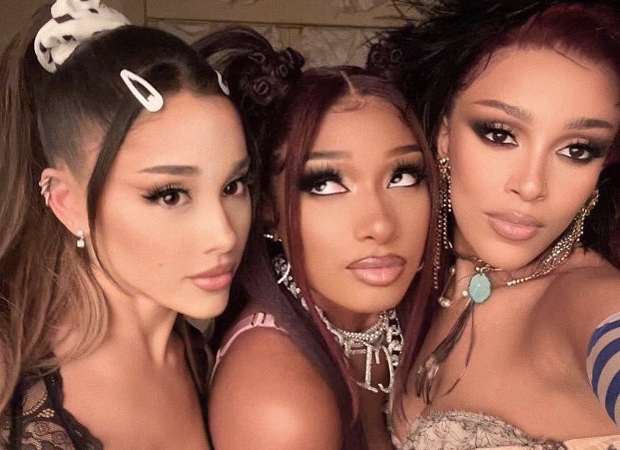 Pop singer Ariana Grande achieved her fifth No. 1 album on the Billboard 200 chart when she released her surprise album ‘Positions’ as well as the main track of the same name. The album was released on October 30. She did a remixed version of the song ’34+35′ with musicians Doja Cat and Meghan Thee Stallion. Now she is ready to release the deluxe version of the album and a new music video.

Announcement of the music video for the remix of ’34+35′, Ariana Grande has revealed that she will be releasing the long-awaited video on February 12. It stars Doja Cat and Meghan Thee Stallion. The deluxe version of the chart-topping album will be released on February 19.

The three musicians recently filmed the clip, and Ariana Grande teased the clip with some photos. In the photos, you see them sitting in front of a vintage TV.