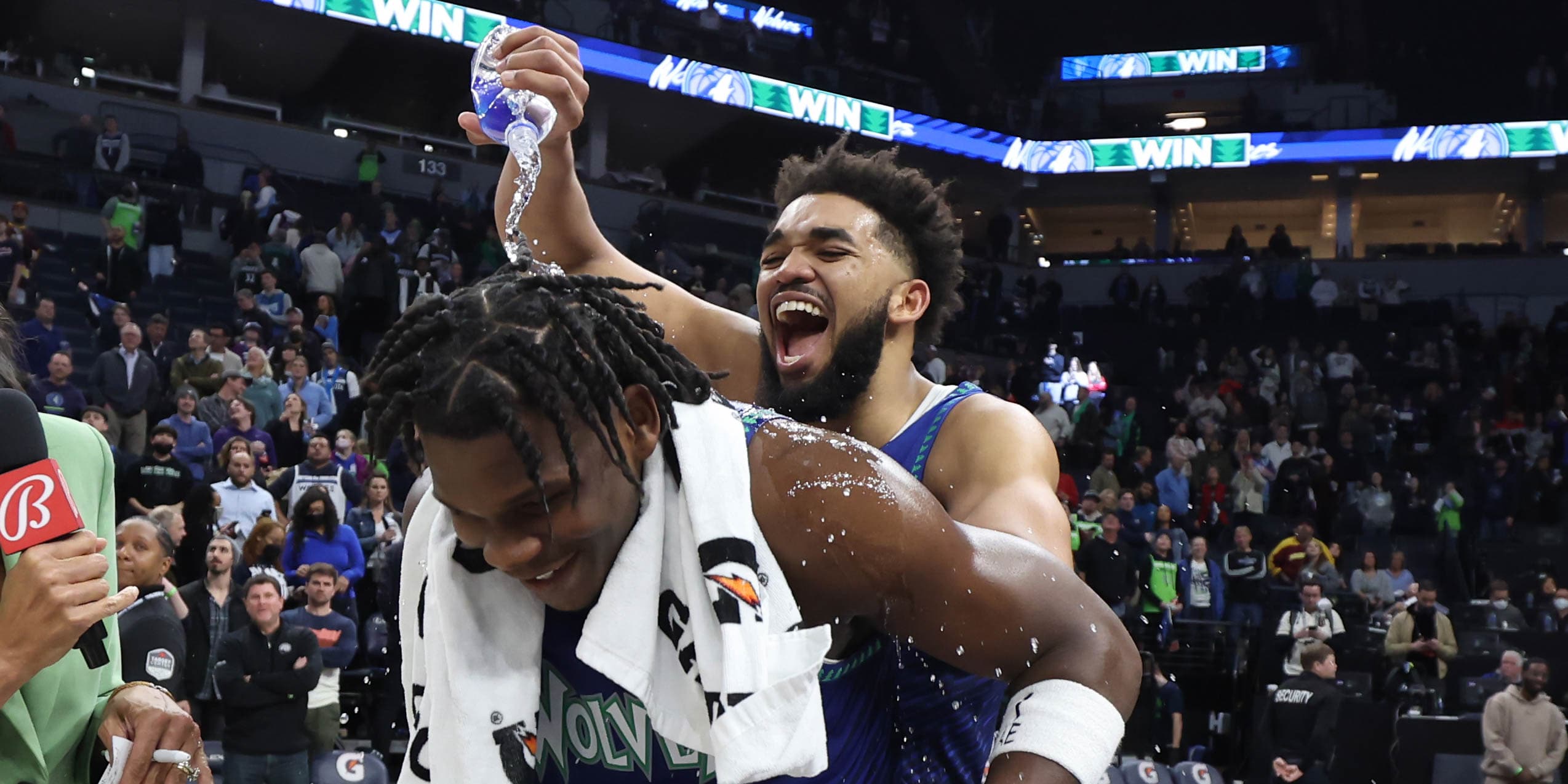 MINNEAPOLIS (AP) — Anthony Edwards set a career-high 49 points and Karl-Anthony Towns had 21 points and 13 rebounds as the Minnesota Timberwolves hung on for a 127-121 win over the San Antonio Spurs on Thursday night.

Edwards’ big outing came on 16 of 28 and 6 of 14 from 3-point range. He found multiple ways to score, including a highlight dunk and a record 11 free throws. He also added eight rebounds and six assists.

With the ball in his hands late in the game and a 50-point chance, Wolves fans rose to their feet as Edwards fired from deep. He missed four times from range in the closing minutes but made two free throws with 9.1 seconds left to finish with 49.

“It’s love,” Edwards said of fans. “I appreciate that, of course.”

It was Edwards who gave Wolves a spark early, scoring 15 of Minnesota’s 30 points in the first quarter. But the second-year guard took over in the second half, hitting big shot after big shot to fend off Spurs.

“He came out with great determination,” Timberwolves coach Chris Finch said. “Everything was aggressive, clean and fast.”

With Denver’s victory over Memphis on Thursday night, Minnesota is guaranteed a playoff against the Los Angeles Clippers on Tuesday at Target Center.

It was the fifth 40-point game of Edwards’ young career. The Timberwolves will be hoping Edwards – who missed time in early March with a knee injury – keeps clicking as they head to the playoffs.

Minnesota (46-35) led 18 in the third quarter but let it slip to seven before Edwards hit another deep shot to stop a San Antonio run (34-46). Edwards remained a calming presence as Towns’ frustration grew in the third and ultimately culminated in a technical foul.

The last time these teams played, Towns set a team record with 60 points. Edwards only scored five in that game.

Edwards connected deep in the closing seconds of the third, giving Minnesota a 15-point advantage early in the fourth.

“I think he was the No. 1 pick in the draft, which would indicate there’s something there,” Spurs coach Gregg Popovich said. “He’s a hell of a player”

Malik Beasley went wide in the third period for Minnesota. Beasley hit three 3-pointers after being held to two in the first half, helping Wolves take an 18-point lead.

Minnesota guard D’Angelo Russell did not play. Russell was sidelined with bilateral hamstring pain after scoring 17 points and adding 11 assists in Tuesday’s loss to Washington.