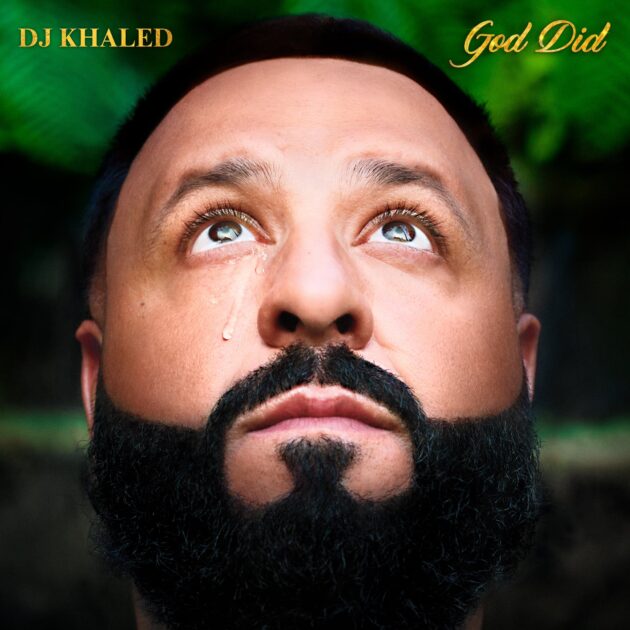 The voices are inside.

DJ Khaled sheds tears of joy over his 14th studio album, God made.

Executive produced by his sons Asahd and Aalam, the 18-track set features a star-studded guest list including JAY-Z, Kanye West, Drake and a long-awaited feature by Eminem.

Drake appears twice, including the lead single “Staying Alive” featuring Lil Baby as well as the opening track, “No Secret”. Eminem appears alongside Kanye on a remix of the jesus is king track “Use This Gospel”, produced by Dr. Dre. Meanwhile, JAY-Z delivers what many have praised as one of his greatest verses of all time on the title track “God Did” featuring Rick Ross, Lil Wayne, John Legend and Fridayy.

God made is the sequel to DJ Khaled’s 2021 album, Khaled Khaled.