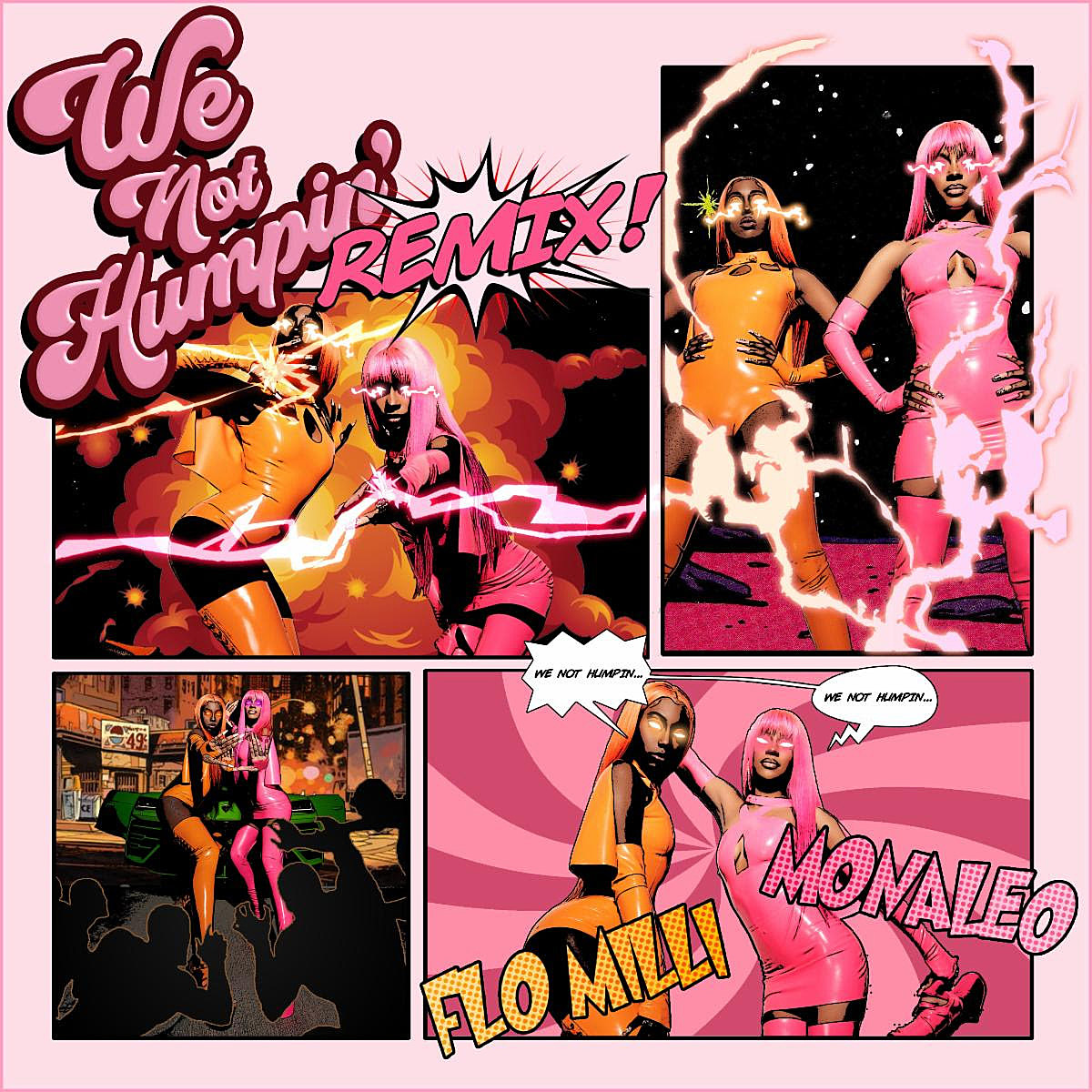 This week in hip hop, we got Black Star’s first album in 24 years and a new Bad Bunny album, which you can read about in Notable Releases. The hugely popular Jack Harlow also released his album, as did Ella Mai, Knucks, Flee Lord & Mephux, IDK & Kaytranada, Method Man, and more. Plus, we’ve got new singles from A$AP Rocky, Monaleo/Flo Milli, Doja Cat, AJ Tracey, 700 Bliss, Boldy James, 070 Shake, Morray, and more. Read on for all the rap and R&B we’ve released this week…

Monaleo’s “We Not Humping” is one of the funniest rap songs in recent memory, and now it’s got a new remix with a new verse from another charismatic up-and-coming rapper: Flo Milli.

Doja Cat has released a new song “Vegas”, which will appear on the Baz Luhrmann soundtrack Elvis biopic, which arrives in theaters on June 24. It samples Big Mama Thornton’s “Hound Dog” (the Elvis cover of which has become one of her biggest songs), and it’s a reminder that Doja’s pop crossover didn’t stop her from dropping. hard af rap songs.

Jack Harlow has entered the realm of rap superstars (his recent single “First Class” debuted at No. 1), and today he drops his highly anticipated new album. Come home, the kids miss you. He has his moments, and it’s easy to see why he’s been so successful, and one of those moments is when he teams up with fellow superstar Drake, who delivers a really great verse on “Churchill Downs.”

Rising British rapper Knucks has released his new album Alpha location, as well as a video for the album’s collaboration with Stormzy. Stormzy brings all his usual star power to the track, and Knucks sounds great next to him. Catch Knucks in New York on June 11 at Knitting Factory.

British rapper AJ Tracey keeps on rising, and instantly great singles like “Reasonable” only accelerate his momentum. “I don’t rap on these beats, I just slide,” he raps on the hook. In effect.

700 Bliss (Moor Mother and DJ Haram) shared another song from their upcoming debut album Nothing to report (due 05/27 via Hyperdub), and this one is a grimy rap song that sounds a lot more ominous and direct than the previous singles.

British singer, multi-instrumentalist and producer Wu-Lu (aka Miles Romans-Hopcraft) releases his new album STOP HEAD on July 7 via Warp, and the first single is “Blame”, which fuses hip hop and industrial and exciting and innovative mediums.

BOLDY JAMES x REAL BAD MAN – “ALL THE WAY OUT”

Boldy James and the Real Bad Man design/production team are releasing another collaborative version, the don’t kill anything EP, May 20 via Real Bad Man Records. Boldy’s smoky vocals always go well with RBM’s production style, and this song is no exception.

J Stone, who was an affiliate of the late Nipsey Hussle, is releasing a new album, The definition of sacrifice, June 15. It includes two tracks with the late Young Dolph, as well as Swizz Beatz, Jadakiss, Mozzy, OT Genasis, Styles P, K Camp and Lumidee. Dolph is on the new single ‘Weekend’, and J Stone says, “Working with Dolph was like working with Nipsey, chemistry, sharing the indie grind game with each other and having the same workout. Dolph FaceTimed me almost every other day about the making of the video. Sadly the incredible tragedy happened and hit me almost as hard as Nip’s passing. But I’m sticking to the script and the plans we both had for ‘Weekend’, because that’s what Dolph would have wanted.”

Juicy J’s band Three 6 Mafia helped pioneer crunk in the ’90s, and Duke Deuce recently revived it, so it’s no surprise the two sound great together.

Brooklyn rapper Kota the Friend is working on a new album titled NOTEand it will feature new single “Up,” which will find him delivering crisp bars over a soulful organ sample.

Buffalo rapper Elcamino shared the sweet and brilliant collaboration Curren$y from his previously announced project Let there be lightwhich arrives next week.

Toosii has released their first single of 2022: the soulful and melodic rap song “Keeper”.

NJ 070 rapper/singer Shake has shared a new single from her upcoming sophomore album you can’t kill me, and this one is an airy and soulful R&B song. She also set a release date for the album: June 3 via GOOD Music/Def Jam.

Just in time for Mother’s Day, soul-trap crooner Morray has released a new anthem in tribute to his mother.

Influential Los Angeles Rap Collective Chillin Villain Empire (aka CVE) Releases Chillin Villains: We Represent Billions, a compilation of material from 1993 to 2003, on June 17 via Nyege Nyege Tapes. The first single is “Thugs and Clips”, a loud and loud rap song that sounds way ahead of its time.